How Much Salt Should a Person Take Each Day? Cutting Sodium Intake Decreases Risk of Cardiovascular Disease

Salt is an important component in food that people use to add flavor or preserve them. It is the most common sodium that people use every day, and yet it also poses great health risks. That may be the reason why the recent headline "Food myths busted: dairy, salt, and steak may be good for you after all" was grabbing attention from many people.

Laureate Professor in Nutrition and Dietetics Claire Collins of the University of Newcastle cited in The Conversation the research mentioned in the article, which said that the current advice of sodium consumption to 2.3 grams each day is mostly unachievable in the long-term.

The article claims that there is no evidence that lower salt intake reduces heart attacks and strokes and that the risk for cardiovascular disease only increases when people take more than 3-5 grams each day.

However, Collins said that the article's claim holds many controversies and in contrast with current health advice by doctors to limit salt consumption. 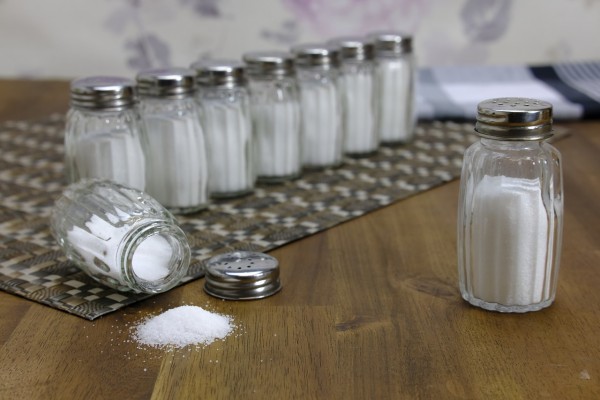 (Photo: Pixabay)
How Much Salt Should A Person Take Each Day? Cutting Sodium Intake Decreases Risk of Cardiovascular Disease

Can People Cut Down in Salt Intake?

Collins pointed out that 5 grams of salt contain 2 grams of sodium. In some counties, like Australia, people typically consume 3.6 grams per day, higher than the suggested dietary target of 2 grams or one teaspoon of sodium per day.

Sodium intake in Australia is relatively similar to salt intake in the rest of the world based on the data from 66 countries, wherein people take an average of 3.95 grams per day.

But Collins said that changing an individual's salt intake is possible in the long term, although it could be challenging. According to a 2017 review of dietary salt-reduction interventions, individual dietary counseling could help people reduce their salt consumption by around 2 grams per day or an equivalent to 780 milligrams of sodium for up to five years.

Meanwhile, researchers found that some regions prefer population-wide interventions that include developing manufactured food with less sodium, improved labeling of ingredients, and mass media education. This type of intervention reduced the salt intakes of some populations in Finland and Japan by around 4 grams a day.

A study, titled "Effect of Salt Substitution on Cardiovascular Events and Death," looked at salt consumption in 600 villages in rural China to see what happens when people cut their salt diet.

The study has 20,000 participants with the high blood pressure but did not experience heart attacks or stroke before. They were divided into groups in which one received salt substitute to reduce their sodium intake, while the second group continued to use regular salt.

They found that reduced salt consumption leads to decreased chances of developing cardiovascular diseases, heart attacks, and stroke. The findings demonstrate the benefit of a low salt diet.

What Happens Sodium Level is Too Low?

Sodium is essential to maintain fluid volume and cell stability. Collins said that there is some conflicting evidence about salt consumption and heart health when a person's sodium intake is too low.

According to Better Health, severe cases of low sodium levels in the body could lead to body cramps, nausea, dizziness, and vomiting. But lack of salt in the body could result in shock, coma, and even death. Fortunately, a severe salt loss is highly unlikely because most people's diets contain enough salt.

Check out more news and information on Nutrition in Science Times.