Thirty million years ago, the African and Arabian peninsula experienced a mass extinction that wiped out over 60 percent of mammal species. A new study just discovered the said prehistoric event, and according to the data gathered, climate change was the greatest factor that brought a lot of ancient animals to extinction. The fossils unearthed to support the theory revealed that the global shift in the atmospherical conditions occurred during Eocene-Oligocene, and it converted several swampy habitats into icy environments. 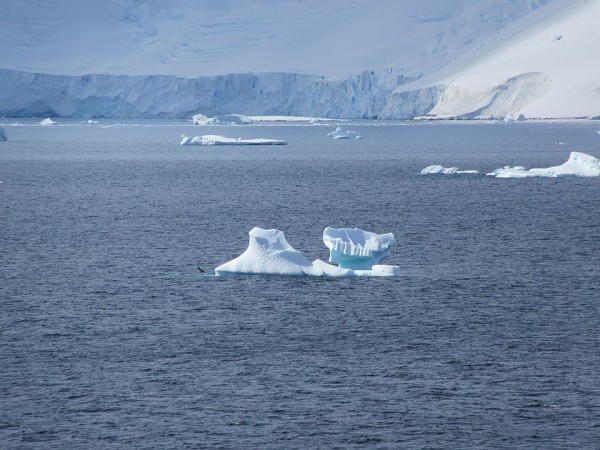 The new study included paleontological findings that were accumulated over decades of research. PhysOrg reported that the main key of the study was the undocumented, climate-induced mass extinction that annihilated much of the ancient mammals during the transition between the Eocene and Oligocene periods.

Climate change, according to the study, was intense during the specified prehistoric periods. However, the shift experienced by the planet between the Eocene and Oligocene is completely opposite compared to the present-day conundrum, as the ancient findings revealed that Earth grew cooler during this phase.

The unknown mass extinction event occurred when there was a massive drop in the temperature levels throughout the global ecosystem, allowing the Antarctic's thick ice sheets to expand and global sea levels to decrease. In addition, the global cooling pushed the lush forests to transform into vast grasslands, and the carbon composition in the atmospheric regions stooped down. The undocumented extinction was responsible for taking the lives of nearly two-thirds of mammalian species residing both in Europe and Asia 30 million years ago.

African mammals, on the other hand, were believed to have escaped the extinction event. Among the potential factors that kept some of the animals in the continent safe from global slaughter is its location. Africa has a mild climate and is situated near the Equator, which protects the animals from that period's cooling trend.

ALSO READ: Breaking Discovery: How Scientists Have Unearthed a 120 Million-Year-Old Prehistoric Peacock That Lived Alongside Dinosaurs

Duke Lemur Center Division of Fossil Primates of DCLDFP took part in the comprehensive study of the Eocene-Oligocene extinction. The institute holds a massive collection of African mammalian fossils that gave clues to how the event took place in Europe and Asia. Most of the examined fossils were gathered through the decades of research held by the respected Elwyn Simons of Duke.

The international team that collaborated for the researchers examined fossils of five distinct mammalian groups that thrived through the extremities between the Eocene and Oligocene periods. These fossils included hyaenodon carnivores, anomalures and hystricognatha rodents, as well as the strepsirrhines and anthropod primates. Each of the group had their prehistoric lineage traced to identify their first and last appearance on the planet.

University of Salford's ecosystems and environmental expert Dorien de Vries said that the event acted as a reset button because the same fossils present before the mass extinction managed to appear millions of years after the event. The recovery period, adaptive dietary approach, and changes in the anatomical structure allowed most animals to exist again, but with a new look. The complete coverage was published in the journal Communications Biology, titled "Widespread loss of mammalian lineage and dietary diversity in the early Oligocene of Afro-Arabia."

RELATED ARTICLE: Mastodon Tooth Found in Michigan by a 6-Year-Old Boy Who Thought It Was From a Dragon