Why Is Cancer Care So Expensive? Treatment for the Deadly Disease Costs the US More Than $156 Billion Annually

Why is cancer care so expensive? A study led by researchers from Penn State College of Medicine showed that in 2018, treatment for the 15 most prevalent types of cancer in the US cost approximately $156.2 billion.

According to Science Daily, researchers pointed out that medication expenses rank number one among the expenses for cancer treatment in breast, lung, lymphoma, and colorectal cancers. 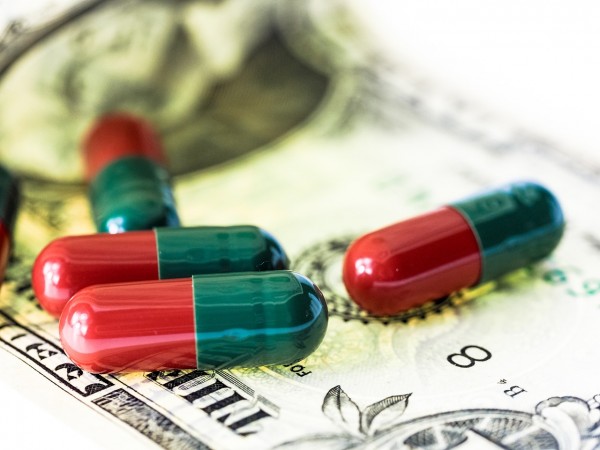 (Photo : Pixabay)
Why Is Cancer Care So Expensive? Treatment for the Deadly Disease Costs the US More Than $156 Billion Annually

Cost of Cancer Care in the US

In the study, titled "Medical Service Use and Charges for Cancer Care in 2018 for Privately Insured Patients Younger Than 65 Years in the US" published in JAMA Network Open, researchers examined statistics on cancer care among privately insured cancer patients under 65 years old to understand how money is being spent on cancer treatment.

Dr. Nicholas Zaorsky, a researcher from Penn State Cancer Institute and assistant professor at the College of Medicine, said that cancer is a leading cause of death over the past few years in the US. However, no one has quantified yet how much is spent in cancer care.

The team showed in their study that there are 15 most prevalent types of cancer, including breast, bladder, colorectal, esophagus, head and neck, kidney, liver, lung, lymphoma, melanoma, pancreas, prostate, stomach, thyroid, and uterus. They used the 2018 data from the IBM Watson Health MarketScan because it has the most recent complete numbers available.

Why is Cancer Care So Expensive?

As Science Daily reported, the findings showed that medication expenses for cancer represent the most expensive category of cancer care with about $4 billion spent on medicine. It is twice the amount spent on surgery, which is $2 billion.

According to a 2015 research article, titled "Why Are Cancer Drugs So Expensive in the United States, and What Are the Solutions?" published in Mayo Clinic Proceedings, high prices of medicines for cancer is a worsening trend in cancer care and is adversely impacting the healthcare system in the US.

The study said that four arguments try to justify high prices in medicine for cancer treatment, which include the high cost in research and drug development, comparative benefit to patients, its the market's will (mercatus vult), and controlling prices will prevent innovation.

The 2015 research article also emphasized that the financial burden for a cancer patient for one drug could cost up to $20,000 to $30,000 a year, which is almost 50% of the average annual income in the US. This is worse for senior citizens who rely on Medicare and are the most likely to have cancer.

Unfortunately, around 10% to 20% of cancer patients decide to forego therapy because of the high price of the medication. The World Health Organization said that the economic impact of cancer is significantly increasing. They estimated that around 70% of cancer deaths occur in low- and middle-income countries