Dengue Fever: New Study Reveals Discovery of the First-Ever Treatment for the Virus

A new study recently revealed it may have finally discovered a new therapeutics, the first-ever in the field of medicine, for dengue fever.

Washington Newsday report specified that tens of millions of people every year suffered from dengue, causing the dreadful symptoms to earn the nickname "breakbone fever."

As shown in the study, tests in cell cultures, as well as in mice, specified that newly-detected molecules could disarm the virus successfully, preventing them from multiplying and stopping illness.

The new development appears to be effective as a preventive measure or treatment once the infection has been transmitted. 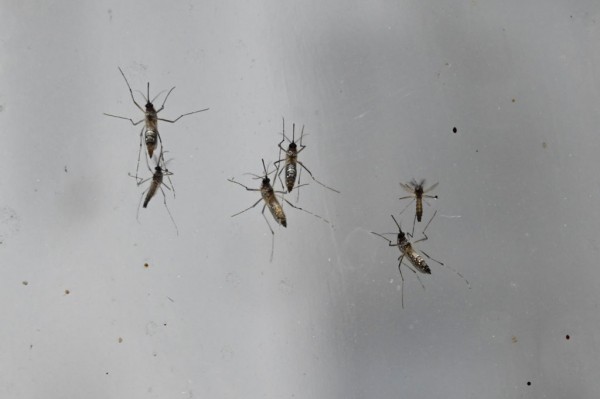 (Photo : ROSLAN RAHMAN/AFP via Getty Images)
To date, there is no treatment for dengue fever, and thus, initiatives are concentrated on the minimization of spread, which includes a program that infects mosquitoes that have disease-resistant microbes.

What the Therapy Can Do

Scott Biering and Eva Harris from the University of California, Berkeley's School of Public Health said this new development is an "exciting find" in combatting dengue fever.

In addition, the two concluded in their study published in nature, despite not being part of the study. The danger showed by the mosquito-borne dengue virus, which infests approximately 98 million individuals every year, and is endemic in more than 120 countries all over the world, is undeniable.

As indicated in the report, it can induce severe symptoms similar to flu and can result in severe condition of dengue fever, which can be deadly.

At present, there is no treatment for the illness, and thus, initiatives are concentrated on the minimization of spread, which includes a program that's infecting mosquitoes that have disease-resistant microbes.

Dengvaxia, in particular, a vaccination that's effective in the fight against a single variant, is only authorized and approved for administration in a few nations.

As a Centers for Diseases Control and Prevention report indicates, in 2019, Dengvaxia was approved by the Food and Drug Administration in the United States.

It was authorized for administration in children whose age ranges between nine and 16 years old, with laboratory-verified previous dengue fever infection and residing in a place where dengue is common or endemic.

However, this vaccine is not authorized for use in travelers in the US, who are visiting the country but are not residents of the site where the virus is endemic.

Here comes JNH-A07, a molecule detected by screening hundreds of probable candidates in a procedure that researcher Johan Neyts has characterized as in search of "a needle in a haystack," a similar Yahoo! News report said.

As this report indicated, consequently, it turned out that the wait was undoubtedly worth it. Its effect on diseased animals is unparalleled, Neyts explained, who took part in the research.

Neyts, a virology professor at the University of Leuven in Belgium, there is substantial antiviral efficacy even if the cure is commenced at the peak of viral duplication.

Essentially, JNJ-A07 is acting by preventing the dengue infection from interacting with a pair of proteins that are vital for its replication or reproduction.

The said therapeutic worked against all four strains of the dengue virus in tests or trials in cells, which include those from mosquitoes and humans.

Since dengue can change rapidly, the study authors looked at the manner JNJ-A07 would fare as there are mutations of the virus.

Neyts explained it took them about six months or half a year in the laboratory in infected cells, to get substantial resistance to such therapy.

Related information about dengue fever is shown on JJ Medicine's YouTube video below: