The SpaceX Crew-3 mission will send astronauts aboard the newly named Crew Dragon capsule Endurance. The experts will spend six months living in the Earth orbit and they are already very excited. The Crew Dragon spacecraft is expected to launch NASA astronauts Kayla Barron, Tom Marshburn, and Raja Chari along with Eht European Space Agency's Matthias Maurer to the International Space Station on Oct. 30. The space capsule will be lifted by the SpaceX Falcon 9 rocket and is expected to take place at the NASA Kennedy Space Center in Florida. The 6-month Crew-3 mission will involve a series of observations at the International Space Station. 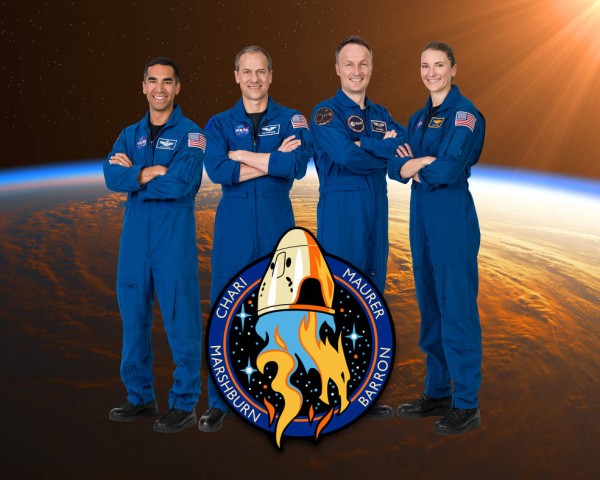 Barron said in a report by Space that their team is excited about the upcoming project. Three weeks from now, the experts will be at the Florida space center for the official SpaceX-led mission to orbit. One of the Crew-3 members, Marshburn, explained how they are expecting the best out of the mission. The Endurance will launch Marshburn for his third trip to the orbiting space station, following NASA's STS‐127 and Russia's Soyuz TMA‐07M.

NASA's Space Operations Mission Directorate in Washington associate administrator Kathy Leuders said on a briefing that new scientific backbones are expected to come up throughout the Endurance mission, and more advancements take place up in the space station along the 6-month period. The mission will be backed up by the Crew Dragon cargo once it arrives in December.

Expedition 66, a separate mission in the International Space Station, will be expecting the arrival of the Crew-3 experts. Right after the Crew-3 mission begins in orbit, more private astronauts and space passengers will arrive aboard the succeeding Crew Dragon vessels led by the space agency Axiom.

Soyuz will also follow the October launch, carrying Japanese billionaire Yusaku Maeszawa and the rest of the crew.

Endurance to Launch in Halloween

The SpaceX Crew Dragon was initially called Capsule 210 before they decided to officially name it Endurance. According to Chari, Endurance was the chosen brand for the mission as it serves as 'a tribute to the tenacity of the human spirit.' The latest leap that will take place on Halloween will be the most extensive scientific fusion that humans and machines will achieve in the history of astronomical studies and exploration.

Endurance is the third Crew Dragon spacecraft that will launch astronauts in orbit. Before Endurance, SpaceX had already carried people on space during the Endeavour mission, the Demo-2 test flight, and the Crew-2, which is still in the orbiting lab. Crew-1 also took the astronauts to the ISS, and like the Crew-3's decision, referred to their mission name Resilience as a stand against the COVID-19 pandemic.

Crew-3 will be in orbit for six months straight. The International Space Station will house the crew of Endurance as they conduct investigations and experiments through the specialized facilities and additional equipment that the following Crew Dragon cargos will relay in December.