China's Hubei province contains many of the countries massive mountains. Most of the greatest and preserved regions are located in the province's Enshi prefecture. The prefecture exhibits the most alluring agriculture of China. In addition, the largest cave system in the country, called Tenglong, can also be found in the region. The total distance of the cave spans 37 miles and houses a whopping population of bats. 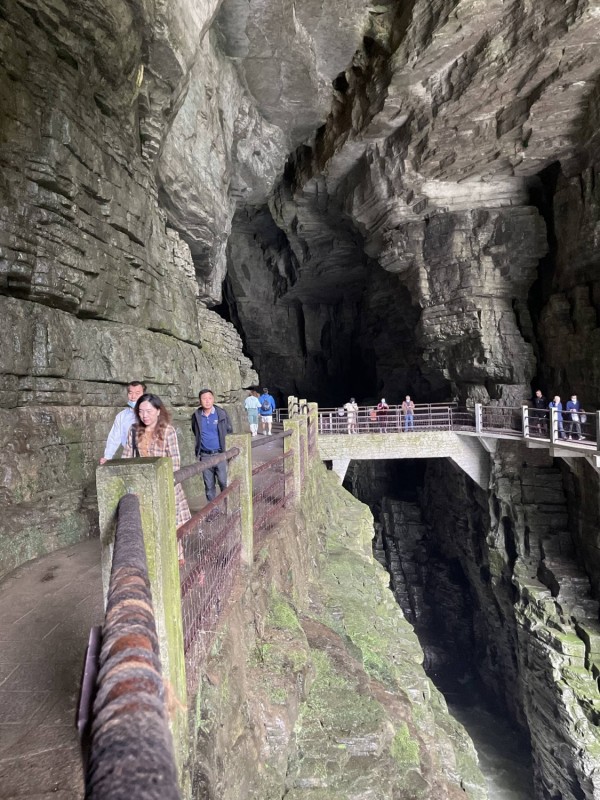 However, like other wildlife structures, the bats in the cave houses are vulnerable to any virus that we may not have discovered yet. The caves in the prefecture are composed not just of bats but also of a number of mammalian species. Experts believe that the creatures in the habitat could potentially serve as a host for risky viruses. Moreover, each type of virus that could be discovered inside the caves could jump from the bats or any animals to humans.

The World Health Organization WHO, according to Express, recently requested permission from China's wildlife authorities to conduct a venture on the caves and other habitats. This project was supposed to help experts understand more about the origins of the coronavirus and discover possible viral threats that could trigger another pandemic. Unfortunately, the Chinese government did not grant WHO any permission pertaining to wildlife access.

The Washington Post commenced a project last September to Enshi caves. The location can be reached through a 6-hour drive from Wuhan, the capital of Hubei, and the place where the coronavirus first appeared. Based on the observation, the caves are now open to the public, and it was already full of tourists that do every activity possible within the area, such as spelunking. Moreover, the available drinking water pump inside one of the caves was being replaced manually by the villagers that manage the habitat.

Experts theorized that the same scenario could have been the key to the spread of coronavirus from bats to individuals and from Enshi caves to Wuhan markets. The embassy of China in Washington said that they do not have specific details to verify if the local residents and the farm animals in Enshi were already tested for COVID-19.

But the banning of wildlife trade and consumption has been implemented in the region since February 2020. The Washington Post reported that two officials from Enshi's forestry authority did not accept the invitation for an in-person interview and that the bureau did not respond to the faxed clarifications regarding the matter.

Western Hubei, according to the Chinese Academy of Science's Xishuangbanna Tropical Botanical Garden, contains seven known types of horseshoe bats. Among the members of the horseshoe bats are Rhinolophus affinis. The species was previously examined after it was found in the southern regions of China, and the results showed that it carries a virus that is 96 percent identical to the variant that caused the pandemic: SARS-Cov-2. Both the Chinese government and WHO suspect that the most potential origin of the COVID-19 pandemic is a transmission that was processed in the wildlife, but the place and patient zero is not yet defined up to this date.