The device called white cane was made available to the public in the 1930s. The white cane was developed to help people who experience visual impairment with their mobility concerns and assist them in roaming around freely. Throughout the years of advancements, numerous devices for visually impaired individuals were created.

Some of those technologies, such as smartphone applications for communications and live experiences, are widely used today. However, despite the accumulation of inventions exclusively made for the visually impaired population, the classic white cane did not improve a lot and remained to exist with its sole, basic function. 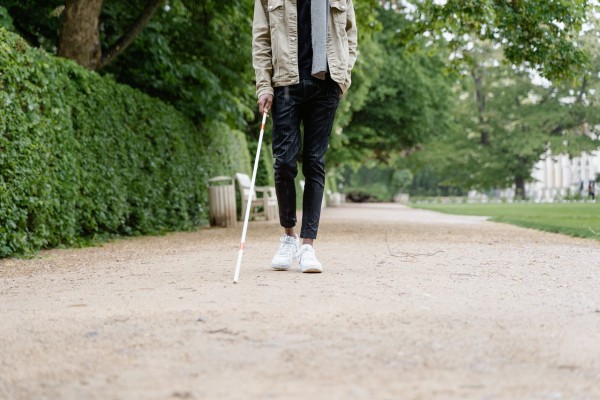 Stanford University addressed this seemingly bland but significant concern. The experts from the institute developed an AI-powered robotic white cane called the 'Augmented Cane.' The new and improved version of the white cane is equipped with advanced functions that are unknowingly beneficial for visually impaired people. Moreover, the Augmented Cane was designed for easy use, and owners could actually build it by themselves in their homes. The Augmented Cane comes with software to support its functions and could be purchased in parts for do-it-yourself assembly.

Stanford's new white cane is not the first attempt in terms of smart white cane development. However, it was made with efficient materials that made it more affordable than other cane innovations. The Augmented Cane is equipped with the programs used for self-driving cars, functions from smartphone apps, and even the remote sensing technology called Light Detection and Ranging or LIDAR.

Stanford Intelligent Systems expert and author of the study Patrick Slade said in a UPI report that artificial intelligent-powered robotic devices such as the Augmented Cane could significantly enhance the ability of visually impaired individuals to navigate and move on their own. In addition, it could build their impulse reaction towards their surroundings, as well as help them exceed their impairments with solid confidence.

ALSO READ: Where it all went wrong & How to send secret messages and money without being watched now

The experts emphasized in their SISL press statement that they wanted to develop the most user-friendly white cane compared to the basic canes that are just equipped with standard sensors. According to the authors, the robotic white cane they developed could tell what the obstacle is and how to navigate around it, instead of just telling about the presence of the obstacle on the way.

The Augmented Cane's most advanced program is LIDAR, which is a scanning program used in airplanes, geographical studies, and even the latest models of autonomous cars for processing the obstacles. The Augmented Cane is lighter compared to other smart canes that were previously developed. It measures 1.4 kilograms in weight, which is significantly portable, unlike the standard smart canes that weigh over 22 kilograms.

Stanford's Augmented Cane uses GPS tracking, magnetometer, gyroscope, and accelerometer to precisely direct the user's movement, speed, and position. The new white cane development is also equipped with a multi-directional wheel on its tip for evading the impending risks of random road obstacles such as traffic cones and electric scooters. The research was published in the journal Science Robotics, titled "Multimodal sensing and intuitive steering assistance improve navigation and mobility for people with impaired vision."

RELATED ARTICLE: Nanosatellites are the Future of Satellites: Earth Observation Now Smaller, Cheaper Than Ever

Check out more news and information on Technology and Innovation in Science Times.