New research recently highlighted a major problem that might occur for a longer time spent in space, away from Earth, and that's brain damage.

As specified in a Science Alert report, as human species, the majority hasn't been exploring space for a very long time, and researchers are only just starting to understand the probable health effects.

Through an examination of blood samples taken from five cosmonauts prior to and following extended periods of stays on the International Space Station, each staying in orbit for 169 days on average, scientists observed elevated concentrations of three biomarkers connected to brain damage following the return to Earth.

Past studies have brought up some questions on space travel and deterioration of the brain, including decreased cortical volume or shrinking of the brain. Such finding is one of the clearest signs yet that there is a problem that should be further investigated. 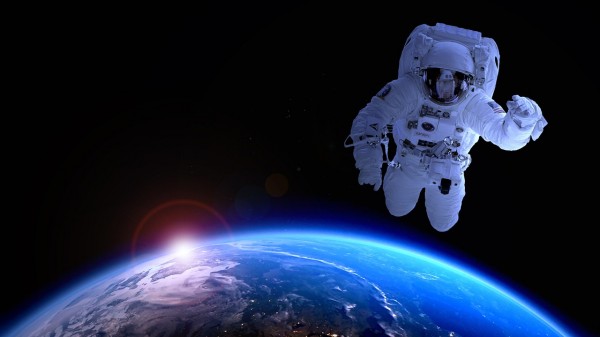 (Photo: PIRO4D on Pixabay)
New research recently highlighted a major problem that might occur for a longer time spent in space by cosmonauts, away from Earth and that’s brain damage.

According to Henrik Zetterberg, a neuroscientist from the University of Gothenburg in Sweden, this is the first time that concrete evidence of brain-cell impairment has been documented in blood tests after space flights.

The neuroscientist explained this needs to be further explored and avoided if space travel is to turn more typical in the future.

The biomarkers the study published in the journal JAMA Neurology looked at were glial fibrillary acidic protein or GFAP, neurofilament light or NFL, total tau or T-tau, or a pair of amyloid-beta proteins.

Specifically, NFL, GFAP, and the amyloid-beta protein Aβ40 were the biomarkers that were raised following an extended stay in orbit on the ISS.

While it remains unclear to what extent the cosmonauts' brains might be impaired, if they are damaged at all, that is, such biomarkers have been broadly associated across multiple research to neurological syndromes in the past.

Essentially, according to an In GOA News report, magnetic resonance or MRI scans, and clinical tests of the brains of cosmonauts are backing up the notion that brain function could be impacted by a trip in space, although the study stays at an early phase.

More data from people will be needed to find out precisely the manner and reason time in space is adversely affecting the brain.

According to Zetterberg, if what's causing the damage can be sorted out, the biomarkers developed may help find out how most effectively the problem can be remedied.

Even though the peak readings differed between individuals, the extensive trends of biomarker elevation were similar across all cosmonauts.

That all three biomarkers exhibited similar changes is another sign of a considerable rise in risk. This small study does not go into the reason such changes in the brain might be taking place, with only a handful of humans in space at any one time, it continues to be a struggle for researchers to collect a broad enough set of results to make any detailed conclusions on the health dangers of space travel.

The neuroscientist added though, "we do not necessarily have to stick to astronauts and cosmonauts" for research. The study authors are constantly carrying out experiments on Earth designed to duplicate at least some of the more stressful conditions of space travel without humans needing to leave the surface.

Zetterberg also said there is a need for humans to help one another in finding out the reason the damage is occurring.

Referring to the study findings, the neuroscientist asked, "Is it being weightless," brain fluid changes or stressors linked to launch and landing, or is there any other cause?

Here, he continued, loads of interesting investigational research on humans can be carried out on this planet.

Related information about stay in space and astronauts' brains shown on Seeker's YouTube video below:

RELATED ARTICLE: The ISS to Get Bigger Soon, Russian Cosmonauts Prepare for It