As the UK moves into its colder months and people spend more time indoors, the prevalence of flu is likely to increase as per usual. However, new insights from world-leading analysts at Informa Pharma Intelligence suggest that unlike in previous years, the conditions in the population are such that the chances of a significant influenza outbreak are on the up. With a lack of baseline level of immunity after a year in which flu virus circulation has been very low, the potential of an ineffective vaccine due to lack of surveillance data from the Southern hemisphere, and a public eagerness to exercise freedom after successive lockdowns, influenza cases could be set to surge in this perfect storm.

The reporting conducted by Informa Pharma Intelligence, one of the world's leading medical market intelligence and insights providers, presents a stark warning to UK policymakers and epidemiologists potentially facing the prospect of a "twindemic." The UK government has already been preparing for the double threat of Covid and influenza by widening the eligibility for a free flu vaccine this coming winter. However, Informa Pharma Intelligence points out that the international flu surveillance systems used to inform the production of a vaccine effective against the circulating strand of the virus are likely to be strapped for data following limited flu outbreaks in Southern and Northern Hemispheres for the last year. 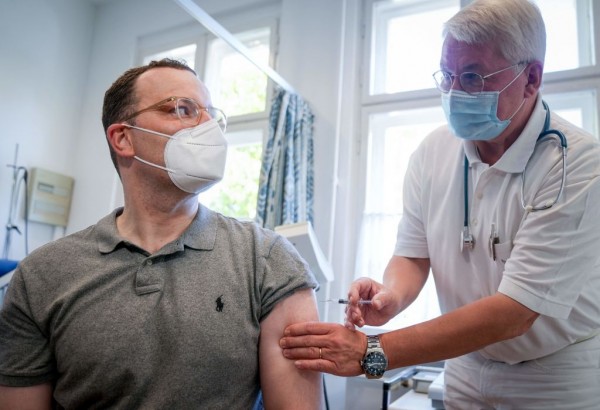 Efficacious influenza vaccines in the Northern Hemisphere are informed by analyzing the strains prevalent during outbreaks from the previous winter in the Southern Hemisphere. While this typically yields a vaccine sufficiently effective to beat back a serious flu outbreak, data is limited as Covid restrictions, and behavioral changes have kept the rates of flu down to a minimum globally. There is also no chance of short-term vaccine correction following the emergence of an influenza outbreak due to the fact that historical surveillance data are required to identify strains, and mass production of an efficacious shot takes time.

Hannah Hall, the Senior Epidemiologist at Informa Pharma Intelligence, commented: "The dual threat of surging influenza cases with persistent Covid-19 rates across the UK is something that will require a response from the UK government. However, just as the past year has changed much of what we thought was possible in the vaccine space, the influence of new mRNA technology in producing an effective vaccine for future flu outbreaks could be significant. mRNA vaccines can be produced significantly quicker than traditional vaccine technology. They also hold the potential for a pan infectious disease vaccine protecting individuals against multiple respiratory viruses. This vaccine technology is already being investigated for influenza by Moderna, Sanofi and Pfizer which currently have candidates in early clinical trials and GSK is also planning on joining the race."

Informa Pharma Intelligence adds that currently, available flu vaccines have ~40-60% efficacy depending on how well targeted they are to circulating flu strains during the season. Considering how efficacious mRNA vaccines have proven against COVID-19 compared to older vaccine technologies, the same could also hold for future mRNA flu vaccines. The speedier production time means that it may be easier to accurately target and develop mRNA vaccines against current flu strains. But Informa Pharma Intelligence does caveat this by adding that until more data from clinical trials is available, it cannot be presumed that the efficacy of mRNA vaccines will be as strong against flu as they are against COVID-19. Hall adds: "As the population has been exposed to flu viruses historically, this provides higher baseline protection, therefore reducing potential relative efficacy, which wasn't the case with novel COVID-19 virus infection."