The odds of getting hit by a meteorite are so low that in the history of mankind, only one person is recorded to ever been directly hit by one. Her name is Ann Hodges, who was hit by a meteorite in 1954 while napping on her couch in Alabama.

But recently, NPR reported that a woman from British Columbia almost became the second person to get hit by a meteorite when she suddenly awoke one night to a loud crash and her dog barking as a large space rock hit through her roof and landed on her pillow. 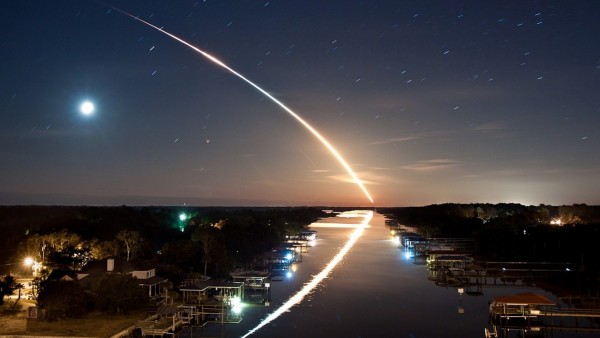 (Photo : Pixabay)
Melon-Sized Meteorite Crashes Through a Woman's Roof in Canada; What are the Odds of Getting Hit By a Space Rock?

Meteorite Crashes Through a Home in Canada

Rut Hamilton, 66, a resident of Golden, British Columbia, told the Canadian Press that the incident happened about 11:35 pm on October 3. "I've never been so scared in my life," Hamilton said.

She immediately called 911, but while speaking to the operator, she saw that a space rock had slipped between two pillows. Hamilton said that she never felt the rock hitting her or the be, but she had debris on her face coming from the drywall.

When a police officer arrived at Hamilton's house, they initially suspected that it came from a nearby construction site. They even called it, but the construction site said they had not done a blast although they saw an explosion in the sky. That is when they realized that the rock was a meteorite, according to NPR.

The meteorite weighing 2.8lbs about the same size as melon and was charcoal gray in color is said to be a part of a meteor shower that planetary scientist Alan Hildebrand from the University of Calgary's Department of Geoscience and his colleagues had identified.

The group said that the trajectory the meteorite followed would have made it visible throughout southeastern British Columbia as well as the central and southern parts of Alberta.

Hamilton said that she was in shock after the incident and had never been as afraid before. The meteorite is now handed over to scientists, but Hamilton told The New York Times that she would keep it as a sort of lucky talisman when scientists are through studying the meteorite.

What are the Chances of a Meteorite Hitting Someone?

The chances of a meteorite hitting someone are so small. In particular, Professor Peter Brown, the Canada Research Chair in planetary small bodies, told local news outlet Pipestone Flyer that the odds of a meteorite big enough to penetrate a roof and hit a bed are about 1 in 100 billion per year.

Moreover, the Planetary Science Institute wrote on their website that the chance of any object hitting Earth varies with the size of the object. For instance, pebble-sized space rocks hit Earth every day, while Tunguska-sized objects or as big as a small house hit Earth every million years.

Pebble-sized rocks do not pose any serious threat to Earth as they disintegrate in the atmosphere even before hitting the surface. But a Tunguska-sized object could create havoc and cause a massive explosion that will endanger life and property.

Brown has appealed to the residents in Golden, British Columbia to check around their homes and security cameras of their business establishment for a video of the meteor falling down as it will help them track the meteor's origin.

RELATED ARTICLE: Sylacauga Woman Recorded As First Person Hit By Meteorite; What Are the Odds That It Will Happen to You?

Check out more news and information on Meteors in Science Times.