Global Warming Could Impact Local Coastlines with Rising Sea Levels; Which Countries, Regions Will be Affected?

Global warming will present us with an uncontrollable impact in the form of excessive sea levels if greenhouse gasses continue to elevate on the planet's atmospheric regions. The rise of sea levels is theorized to increase almost every year when the end of the century starts. According to a new study, the catastrophic event could manifest in the major coastlines of many countries and could impact the global population that inhabits the risky regions. 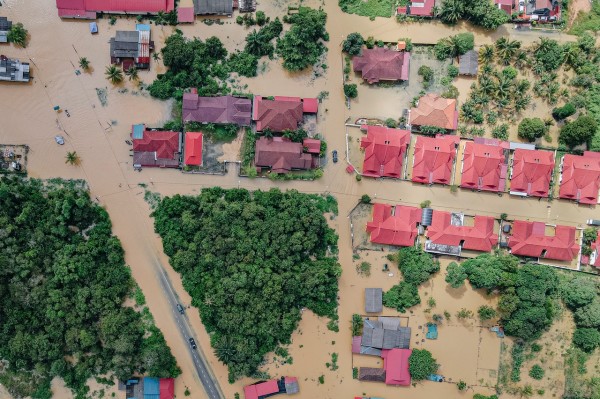 The study constructed a potential prediction that almost all of the sea levels measured in the coastlines of the countries today could become excessively higher by the end of the century. This prediction states that the levels will increase by 100 times more than the standard levels we can observe in the current year. The research included 7,283 areas prone to the disastrous global warming effect, and they found that over half of the specified locations could be directly impacted by the rising sea levels.

University of Melbourne ocean engineer expert and co-author of the study Ebru Kirezci said that the areas that are already experiencing sea-level extremities, including the Southern hemisphere and the majority of the tropical regions, will be presented with a quicker increase compared to other areas with naturally higher terrains. Among the places that the study identified were the Arabian Peninsula, North America's pacific coasts, the Mediterranean regions, the Caribbean, Hawaiian Islands, Indonesia, and the Philippine archipelago.

Kirezci said in a SciTechDaily report that according to the data they gathered, most of the specified coastlines in the study will be impacted by an abnormal increase in sea levels by 2100, and these places will experience the excessive global warming outcomes not just once but in an annual repetition.

ALSO READ: Warming Climate Threatens Arctic Ocean's Last Ice Area; Could Vanish by 2100 Along With Creatures That Rely on It

1.5 degrees Celsius, according to Kirezci, is the only gap between our future and the resign sea levels. According to the expert, as little as a 1.5-degree increase would be enough to warm the atmospheric temperature globally. If this happens, the planet will experience devastation escalated to a hundred times than what we expect, and it will occur as soon as the year 2070 lands on our calendars.

US Department of Energy's Pacific Northwest National Laboratory climate expert and lead author of the study Claudia Tebaldi that the dramatic increase of the sea levels is not surprising, as 1.5 degrees Celsius is too much for the atmospheric to handle with all of the substantial effects and other global warming factors at bay. The expert added that the study provides a peek of what we will face with regard to the future of our planet. The visualized data from the research shows much detailed information instead of the wider effects of global warming we are familiar with.

Further research will be conducted to define the spectrum of the potential changes in many countries that have coastline communities. The experts said that the physical transitions in these local communities would vary according to their incurred impacts. Factors needed to have this data materialize are - (1) the community's preparedness against the odds of global warming and (2) the vulnerability of the area to the excessive resign of sea levels. The study was published in the journal Nature Climate Change, titled "Extreme sea levels at different global warming levels."