The results of two studies by the Karolinska Institute in Sweden recently showed how the sense of smell can warn people of an upcoming danger within the area they are in.

A Science Alert report specified that research has revealed that the sense of smell seems to be remarkably good, not to mention fast at warning humans of danger.

Specifically, the results of the two research specified that the scent-detecting nerve inside the nose begins to process negative smells the moment they are detected, stimulating the body into a faster response.

This new finding, opposit the visual and auditory systems, which mail sensory is responding into specific units inside the brain for processing, is delaying the time for the body to get up and move.

ALSO READ: Human Beings Can Incredibly Smell One Trillion Scents Except Smell Their Own Even When They Stink 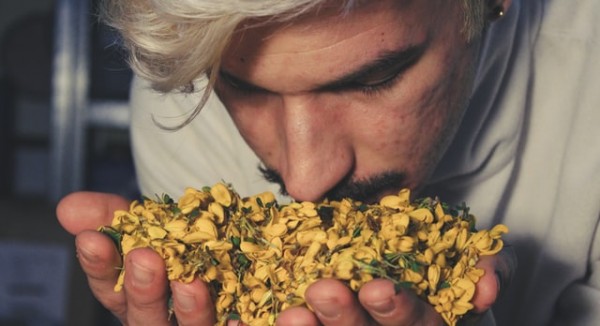 (Photo : Fulvio Ciccolo on Unsplash)
Research revealed that the sense of smell seems to be remarkably good, not to mention fast at warning humans of danger.

Such a study finding might come as a surprise, given how much humans are dependent on sight and sound to explore the world.

But for so many other members of the animal kingdom, rapidly picking up on the subtlest of odors can make all the variance between fleeing and feeding.

Investigations in mice have presented just the manner that brain-like that bundle of odor-detecting nerves also called the olfactory bulb, can be.

Far away from a mere post-box for odors, this neurons collection can actively sort inducements based on learned and inherent response, for example.

This is particularly true in terms of possibly dangerous situations. As specified in the report, when one is flashes away from nibbling on a toxic crumb, or worse, already breathe in a lungful of poisonous fumes, he wouldn't want to waste valuable portions of a millisecond estimating his response.

To come up with the result, the researchers engaged 19 people described in their work as :healthy non-smoking individuals to take a rapid sniff of six different smells.

Some, such as the linalool's perfume, or the ethyl butyrate's fruity scent, could be regarded as relatively pleasant. Others on the other hand, such as the diethyl disulfide's garlicky tang, usually had less appeal.

Not only had this given them a timing on responses, but it also enabled them to take one or two distinct types of "brain wave" the nerves being produced.

One type comprised the fast-processing waves known as "gamma waves" humans depend on for both memory and attention.

The presence of both of these waves near our nasal neurons implies the very moment a fragrance tickles our olfactory bulb it's preparing other parts of the brain - such as our motor cortex - to get cracking.

As indicated in the research published in PNAS, if the smell is believed to be a threat, a signal is delivered ahead, taking approximately 150 milliseconds to hit the motor cortex. Otherwise, it could take much longer before ta message is created.

A similar Tech and Science Post report said according to biologist Johan Lundström, from the Karolinska Institute's Department of Clinical Neuroscience, it was clear that the bulb is reacting specifically and quickly to negative odors and sends to the motor cortex a direct signal within 300 milliseconds.

Essentially, a study on visual and auditory reaction time has gauged the whole process from detection to movement as a touch more quickly, approximately 150 milliseconds for a reaction or response to sound and below 200 milliseconds for sight.

Check out more news and information on Sense of Smell on Science Times.