Every year, more than 1 million U.S. adults are diagnosed with a brain disease. That means 1 in 6 people have received the devastating news that they have MS, Parkinson's, Alzheimer's, ALS.

With so many patients (and families) impacted, why don't we yet have cures for the five most destructive brain diseases? And how do we get there? 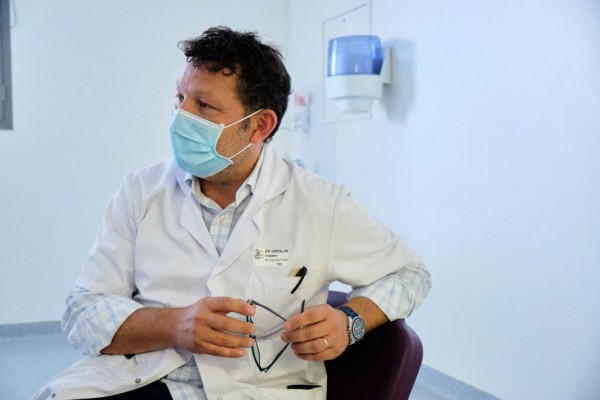 Harvard neurologist Dr. Howard L. Weiner, who pioneered immunotherapy in MS and is currently investigating an Alzheimer's vaccine, aims to answer those questions.

In his new book, The Brain Under Siege: Solving the Mystery of Brain Disease, and How Scientists are Following the Clues to a Cure (BenBella Books, October 2021), Dr. Weiner, co-director of the Ann Romney Center for Neurologic Diseases, explores:

Howard L. Weiner, MD, is the Robert L. Kroc Professor of Neurology at the Harvard Medical School, Director and Founder of the Brigham MS Center and codirector of the Ann Romney Center for Neurologic Diseases at Brigham & Women's Hospital in Boston. He has pioneered therapy in multiple sclerosis and has investigated disease mechanisms in brain diseases including MS, Alzheimer's Disease, ALS, stroke and brain tumors. Dr. Weiner is a recipient of the John Dystel Prize for MS Research and received the NIH Director's Transformative Research Award for his research in Alzheimer's disease. He has pioneered the investigation of the mucosal immune system for the treatment of autoimmune and other diseases and is currently developing a nasal vaccine to treat Alzheimer's disease and novel therapies for MS and ALS.  The Harvard Medical School honored him with the establishment of the Howard L. Weiner Professorship of Neurologic Diseases. He is the author of the book Curing MS and award-winning films, the documentary What is Life? The Movie and the feature length drama, Abe and Phil's Last Poker Game starring Martin Landau and Paul Sorvino.