For many decades, humans have sent robotic missions on Mars to explore the Red Planet for the possibility of someday creating colonies and living there. To keep the public up to date with the missions, The Mars Society has held an annual convention discussing the missions and their plans.

Last year, the event was held virtually from October 15 to 18 that discussed the missions that the US, UAE, and China will send to the Red Planet. This year, it is still held virtually and will discuss the updates on these missions and other plans. 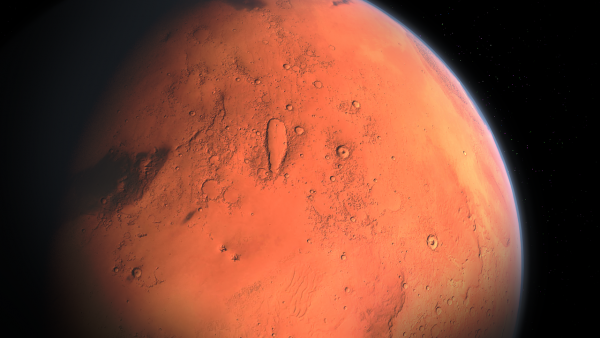 This year's Mars Society Convention has a theme of "Taking Flight" inspired by the successful Mars missions this year, particularly the extraordinary feat that Ingenuity helicopter has accomplished. This is also highlighted in Oliver Gourdon's design as he won the poster contest for the 2021 convention.

The 24th Annual International Mars Society Convention will be convened from October 14-17, 2021, according to The Mars Society. Anyone from around the world could join as it will be held virtually. The convention presents a unique opportunity to people who are interested in Mars to discuss together the science, technology, philosophy, social implications, and the Mars missions.

Last year, about 10,000 people attended the convention and more than 150 papers were presented. But aside from paper presentations, there are also panel discussions, debates, and participants are allowed to ask questions and interact with one another.

The four-day event is expected to bring together scientists, policymakers, commercial space executives, science journalists, and space advocates to discuss the latest developments in science and technology and changes in human and robotic explorations, as well as the possible human settlement on Mars.

To get a ticket to the convention, register here and check out this page for the full program schedule. An optional donation is also accepted.

ALSO READ: Humans Could Possibly Produce in Mars: Sperm May Survive on Red Planet for Up to 200 Years!

According to Space.com, here are some highlights of this year's Mars Society Convention:

All presentations during the annual convention will take place via Zoom. But attendees and presenters could interact and network over other platforms, such as the mobile app event platform Attendify. Meanwhile, they can also chat through Slack, and use AltspaceVR by Microsoft for virtual networking and social virtual reality platform.

RELATED ARTICLE: Living on the Moon and Mars: Challenges That Humans Might Face