A new study shows that exercising for 5 hours per week could prevent the growing cases of cancer in the United States. According to the research, exercising with a moderate-intensity approach could decrease the total of 46,000 cases that are being recorded in the country per year. 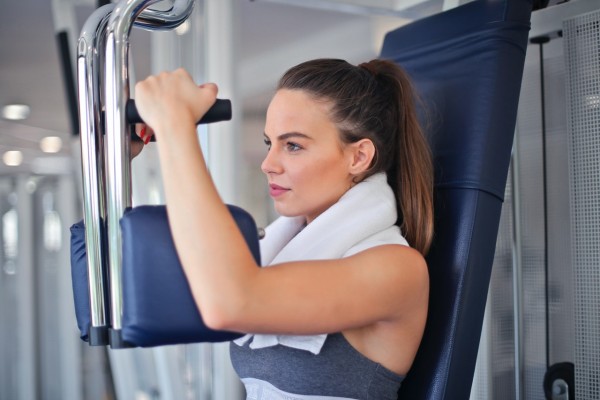 The data that the experts analyzed included cancer cases from 2012 to 2016. Throughout this specified timeline, 3 percent of the 30-year-old age group are strongly correlated to physical inactivity. The link between cancer and exercise has a negative proportion in women, as 32,089 cases inflict women compared to the 14,277 cases recorded in men.

But for both gender groups, cancer which is induced by lesser physical activities, is much higher in the southern states of the country. These states include Mississippi, Kentucky, Tennessee, Louisiana, and West Virginia. The rates of the same case are found lower in the northern states that are composed of high mountain regions including, Wyoming, Washington, Wisconsin, Utah, and Montana.

American Cancer Society's Department of Surveillance and Health Equity Science expert Adair Minihan led the first comprehensive study on the cases of cancer that are linked to physical inactivity. Among the defining advancements gathered from the study is the specification of distinct cases with regards to each of the cancer sites in the human anatomy. Most of these parts, including the kidney, breast, colon, and stomach, are usual targets of the deadly disease. Each of the cancer sites was analyzed by the experts from each state to find the clue of how physical inactivity impacts cancer development,

The results said that each state has indeed a cancer case rate. The dominant cancer sites affected by physical inactivity vary from one state to another. The cancer rates of states that were identified to have evident cancer cases induced by lesser physical activities range from Utah's 2.3 percent to Kentucky's 3.7 percent.

ALSO READ: From Harvard Neurologist: "The Brain Under Siege: Solving the Mystery of Brain Disease, and How Scientists are Following the Clues to a Cure"

Exercising 5 Hours Per Week Not Applicable to All

The cases from the collective cancer records may not be reaching an excessive increase, but if physical activities were ignored, anyone could suffer from the consequences. On the other hand, ignorance is just a small fraction of the bigger reasons why people fail to exercise regularly. Some of the factors that affect or even hinder the cycles of physical activities are long-hour jobs, gym membership prices, and lack of specialized equipment. Another challenge to exercise at least 5 hours per week is the limited access to safe spaces and childcare costs. Most of the reasons that the study enumerated might seem random but actually takes a toll on other individuals that need a healthy routine.

Barriers to physical activities, according to the ANI News report, have probably a greater impact on the minority groups throughout the state. The marginalized population, including the people of color and low-income groups, are most likely to have the negative effects of physical inactivity-related cancer cases in any organ possible. The study was published in the journal Medicine and Science in Sports and Exercise, titled "Proportion of Cancer Cases Attributable to Physical Inactivity by US State, 2013-2016."