A viral video on the social media platform TikTok concerned many specialists in many countries. The main subject of the medical concern is observed in teen girls. According to various studies, the specified social network serves as an unknown avenue for underdeveloped women to take tics, anxiety, and depression as part of their lifestyle. The worst part is that these severe conditions become incorporated into their collective character and damages their overall neurological wellness.

Tourette Syndrome, Teen Girls, and TikTok Videos During the Pandemic 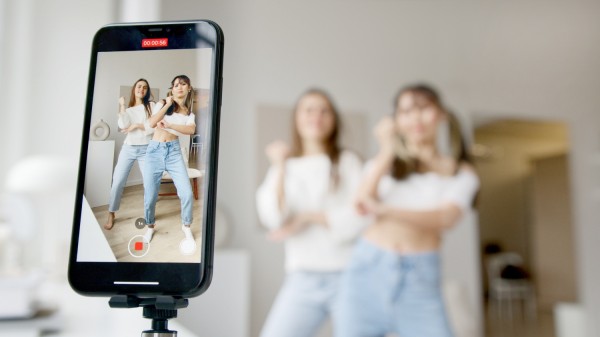 According to multiple papers, the surge of these bizarre cases had been observed to escalate during the span of the pandemic. Based on a recent report from The Wall Street Journal, the experts' response to the abnormal increase of the psychological phenomenon ranged from alarmed to baffled.

Tourette syndrome videos in TikTok were analyzed to have a correlation with the increased involuntary tics of teenage girls in one study published in the journal Movement Disorders, titled "Rapid Onset Functional Tic-Like Behaviors in Young Females During the COVID-19 Pandemic."

Tourette syndrome is a disorder associated with the nervous system that manifests through a spectrum of intensity. The syndrome often inflicts tics on patients, which are viewed as involuntary and repetitive physical gestures, sounds, and even verbal expressions. The disorder could impact anyone, but mostly young boys as early as their developmental years.

Tourette's expert Kirsten Muller-Vahl said in a MEAWW report that their team has observed an excessive increase of tics manifesting on young adult girls and teens. The expert said that during their treatment in the pandemic era, an unusual, similar tic pattern was being expressed by the girls they had given medical assistance. The cases are alerting, considering that Tourette syndrome often shows up to people in distinct tics rather than in an identical aspect. The most disturbing part of Muller-Vahl's observation is that the patients they treated were indeed mimicking the tics of a certain YouTube celebrity who claims that she has Tourette syndrome.

The concern is not yet analyzed in a widescale, comprehensive study, but according to the WSJ report, a couple of medical institutions confirmed a 10 times increase of patients with tics. The alarming cases run from 10 to 20 compared to the cases before the pandemic's 1 or 2 cases per month.

Texas Children's Hospital's child neurology expert Mariam Hull and their team conducted a separate study about the increasing cases of tics. Based on the results, confirmation of psychological disorders was able to spread across multiple countries through social media platforms, compared to previously geographically confined cases. According to the expert, it is impossible for many teens to obtain the same tics from a single video. However, Hull suspects that TikTok's algorithm is intended to show repetitive videos that are linked to the syndrome.

The expert mentioned that some of the kids they encountered had their TikToks abundant in Tourette cooking and alphabet challenges. Hull and their team published their study in the journal Movement Disorders Clinical Practice, titled "Tics and TikTok: Functional Tics Spread Through Social Media."

The disorders can be treated, but the professionals suggest that kids take a break from social media. Parents should also check the videos that their kids are watching and report to a specialist if their kids show any symptoms of tics.