Health authorities in various states expressed their concern over the abnormal rise of opioid overdose along with the surge of COVID-19. The health anomaly is dubbed the 'epidemic within the pandemic,'

The Centers for Disease Control and Prevention CDC's National Center for Health Statistics released an update regarding the matter. According to the report titled 'Vital Statistics Rapid Release - Provisional Drug Overdose Death Counts,' a whopping 96,000 drug overdose cases had been recorded throughout the country. The data was accumulated within the span of 12 months, from March 2020 to March 2021. According to the report, the record is excessively high compared to the previous 12-month observation.

Epidemic Within the Pandemic 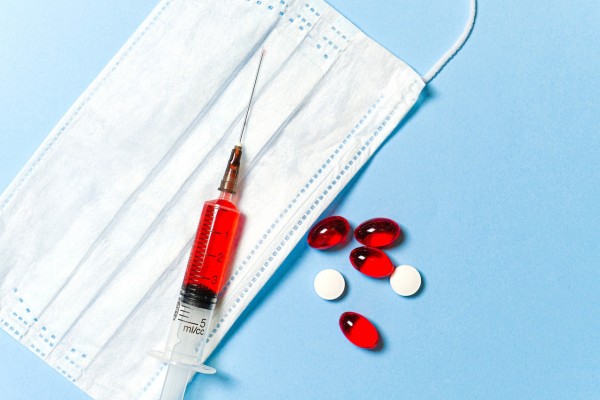 The authorities in the country's states are alarmed by the health situation, which led them to warn the citizens of the phenomenon called the 'epidemic within a pandemic.' According to Ohio Times, the prestigious Mercy Health and Wexner Medical Center acknowledged the problem and conducted a meeting in part with their Healthy State Alliance initiative regarding the distressing rates of death due to opioid overdose.

Wexner Medical Center chief officer and clinical expert Andrew Thomas said that the increased overdose-related mortality rate in Ohio is intense that overdosage came up as the third-highest cause of death in the state. The Health State Alliance experts agree that there is a possibility of a link between the surge of overdose cases and the coronavirus pandemic.

Mercy Health - St. Rita's expert Robert Zukas said that the pandemic did push the implementation of the communication approach known as telehealth to provide care assistance for patients. However, many patients do not have the ability to utilize the program, and the access is limited to many as they do not have any devices such as phones and computers available in their places. Zukas said that this barrier induces the stress brought by isolation which could affect the state of mental health and eventually lead to chronic substance addiction. The WTOL report said that access and isolation are just fragments of a bigger issue that causes the spike in mortality rates. Among the overlooked factors include physical and emotional pain, an increase in fentanyl production, and human trafficking.

Spike in Death Rate Due to Opioid and Drug Overdose

Drug overdose is a common threat to people in various life statuses. Incurring oneself with drug overdose could be either accidental or intentional. The condition is brought by excessive consumption of drugs than its medically prescribed dosage. On the other hand, some of the population could also overdose even if they take small amounts of a specific opioid, as they could have sensitivity cases toward certain medications.

Opioids are synthetic or semi-synthetic compounds that include properties of inducing opioid receptors in the brain system. Opioids can work as analgesics and sedative treatments, and controlled amounts are even utilized to ease pain in the medical industry. According to the World Health Organization, 2019 records show that 5.5 percent of people aged 15-64 years in the total global population consumed drugs at least once. Out of these 275 million individuals, 62 million took opioids, and 36.3 million suffered from prolonged, unprescribed, non-medical, and misuse of opioids, leading to addiction and other opioid use-related conditions.