Coastal marsh grass plays a significant role in protecting shorelines from devastating storm surges. Now, researchers from the Massachusetts Institute of Technology (MIT) provides greater detail on how these protective barriers work in real-world conditions, including conditions influenced by waves and currents.

MIT News reported that the damage from Hurricane Sandy was reduced by $625 million because of the damping wave energy by the extensive areas of marsh grass along the affected coasts. Through the team's study, they provided a detailed plant morphology that provided this kind of protection. 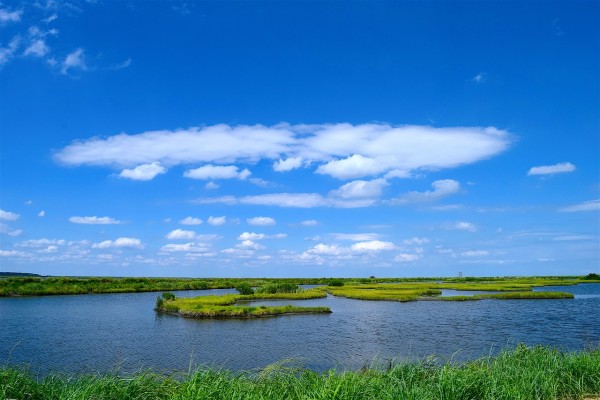 The modeling in the study incorporated simulated marsh plants, such as those with flexible and rigid plants, in a 24-meter-long wave tank at Parsons Lab in MIT. It allows coastal planners to see in detail how marsh grass protects for them to develop mitigation or restoration projects.

Heidi Nepf, one of the researchers and a professor of civil and environmental engineering, said that describing why Mother Nature organizes plants in a certain way could help design a more sustainable restoration.

Lead researcher Xiaoxia Zhang said marsh grass provides a positive feedback cycle that helps in stabilizing and building up delicate coastal lands. Then perhaps in a few years, it will trap and hold sediment to make elevation higher and keep up with the rising sea levels.

ALSO READ: Wetlands Conservation in Ukraine Brings Back Glory to the Delta

Researchers said that the awareness of the protective properties of marsh grass is growing not only in the US but also in other countries, like the Netherlands who has been restoring lost marshland outside the dikes that surround most of the country's agricultural lands.

As National Geographic reported, marsh grass in wetlands plays an important role in coastal ecosystems because it prevents erosion, serves as a barrier between developed inland regions, and protects agricultural soil.

More so, Nature's Knowledge Project said that wetlands serve as a home for fishes and shellfish, like blue crab, shrimp, oysters, trout, salmon, and seatrout. Migratory birds and waterfowl and one-third of the threatened and endangered species in the US also benefit from them.

The increasing recognition of the importance of wetland ecosystems led to laws, regulations, and plans to restore and protect them. The US has the Clean Water Act of 1972 that aims to monitor water quality standards by requiring permits for dredging and filling activities in the wetlands.

There are more laws in the US for the protection and restoration of lost wetlands due to developments. All these efforts are designed to protect the ecosystem that they provide.