Previous studies have confirmed Earth tipping from time to time. New research emerged, and it shows more evidence about planetary activity. Among the greatest facts discovered about Earth is that its tectonic plates naturally move, which pushes massive continents away from each other. However, there has been a debate about the other shell of the planet itself. According to various theories, since the tectonic plates collide with each other, there is a possibility where the whole surface could naturally dictate the tipping points of the Earth and change its current axis. 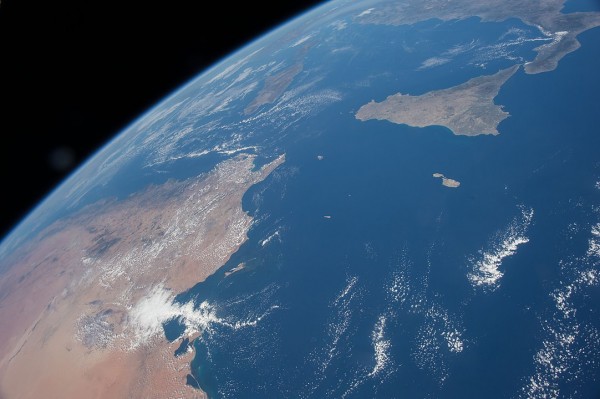 Researchers from the Tokyo Institute of Technology and the Institute of Geology and Geophysics in Beijing found this bizarre and seemingly catastrophic new hypothesis. In addition, the study shows some records that point out past recordings of Earth's planetary tipping in its early age, including a possible shift 84 million years ago during the Late Cretaceous period. The event moved the axis to a more or less 12 degrees tilt and remained in this position for 5 million years. The planet seemingly corrected itself and moved back at its original 25 degrees angle.

True polar wander is the name associated with the shift of Earth's axis. Many theories that consider the true polar imply that the distinct layers of Earth, including its metal core, solidified mantel, and crust surface, periodically moves at certain ages. In the shift, the outer core allows that mantle to freely slide on its own due to the liquified structure and materials it contains. Moreover, the subducting plates and other volcanoes drifted away to the planet's equatorial regions as the entire planet rotates naturally.

Earth's magnetic field is not affected by this planetary wandering, as it will always be generated by electrical currents that the outer core produces. The elements on the outer core, known as liquid iron and nickel, are responsible for the process. The collective movement of both the crust and mantle affects the core due to the magnetic field's relative movement. What moves the planet rotates on its axis is the convection patterns located at the outer core of the planet.

When Will Earth's Axis Tip Next?

The bottom line is that if the activities exhibited by the layers of the planet are observable, we could predict the magnetic field. PhysOrg reported that the ease of understanding the invisible aspect of Earth would help experts tell the next direction of the north and south poles' next shift on the geographical scale and how the planet will tilt with respect to the upcoming polarity. This can also be predicted by the formation and structure of rocks that aged and were buried for millions of years. Among the methods used for this polar wander, confirmation is through the mineral magnetite found on the rocks. These are clues left by bacterias and act as a compass needle that points accurately where the magnetism was during a certain point of the shift in the axis and placement of the crust.

Experts believe that massive movements can be measure outside space. The advanced imaging from astronomical devices could tell us the difference between the placement of solid mantle and crust and how it reacts to the liquid form of the outer core. However, there are still debates about the procedure, as many scientists still find the evidence from the mantle-core shift lacking. The study was published in Nature Communications, titled "A Late Cretaceous true polar wander oscillation."