In April 2020, NASA announced that only SpaceX had won the contract to construct its next moon lander for its Artemis program, but now, the United States Senate has ordered the agency to look for another company to build the Human Landing System.

A Space.com report said this project aims to return humans to the moon's surface by 2024 and develop a sustainable human presence on the nearby satellite.

Specifically, the largest committee of the US Senate wants NASA to select a second company for the construction of its lunar lander.

The announcement came as a surprise as many expected the space agency to choose two out of three firms contending for the contract to stay competitive, not to mention have a backup built. 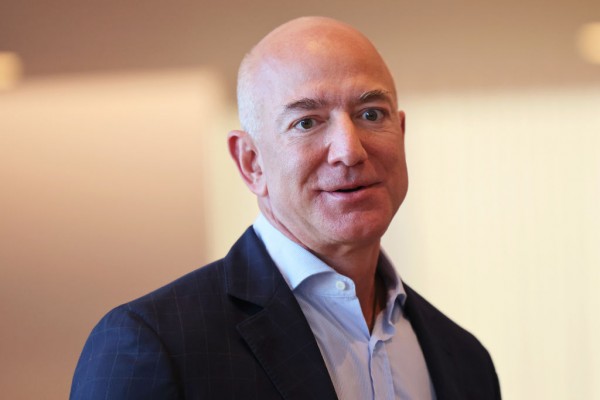 (Photo: Michael M. Santiago/Getty Images)
Jeff Bezos, the founder of Blue Origin, wrote an open letter addressed to Bill Nelson, NASA Administrator, in a request for a contract for the lunar lander that offers to cover up a portion of the cost amounting to $2 billion.

Following much legal back-and-forth after the original decision of NASA, the Senate Appropriations Committee has directed NASA to select now a second firm to develop a crewed moon lander. Nonetheless, this direction came alongside a slight increase in funding.

The original decision of NASA to award the contract to construct and develop a Human Landing System or lunar lander, only to SpaceX, was met with strong protest from the other two firms in the running at present, including Blue Origin and Dynetics.

In effect, they filed formal protests combating the decisions attempting to get NASA to reconsider and add the second company.

Jeff Bezos, the founder of Blue Origin, even wrote an open letter addressed to Bill Nelson, NASA Administrator, requesting a contract that offers to cover up a portion of the cost amounting to $2 billion.

Over $24 Billion in Funding

This did not work, and the company filed a federal lawsuit against NASA for their decision, a legal choice that put HLS development temporarily on hold.

It appears, though, that Blue Origin may have its wish granted. On October 18, the Senate Appropriations Committee, the largest committee of the US Senate that's overseeing all mandatory spending legislation in the Senate, issued a draft report of about nine appropriations bills for next year, including funding for NASA, SpaceNews reported.

In their report, the appropriators state that the HLS program of NASA is not underfunded in spite of the previous claims of the agency in opposition.

As indicated in the report, the bill contained $24.83 billion for the space agency, which is just a little more than the said amount that NASA requested and a $100 million increase in funding for the moon lander.

Whereas NASA will need to work out how to make this small budgetary raise stretch for two contracts of HLS, Administrator Nelson has stated previously, his confidence in the ability of NASA to secure the funding from Congress, essentially to support a second contract for the lunar lander.

The administrator shared his optimism for the future of the agency in general amidst budgetary challenges and difficulties that occur along with the COVID-19 pandemic.

Related information about the contract is shown on The Launch Pad's YouTube video below:

Check out more news and information on Space Exploration in Science Times.