Curiosity and questions about how much scientific unanimity there is that humans have led to the planet's climate change can now be translated in number, which is 99.99 percent.

According to a ScienceAlert report, that does not leave a huge space for doubt. To achieve that figure, researchers investigated 3,000 peer-reviewed studies in all of which are randomly selected from a list of more than 88,100 climate-related studies that came out since 2012, discovering that only four of them exhibited any doubt that human activity is resulting in shifts in the climate of Earth.

The last time comparable research was done, examining the papers released between 1991 and 2012, there was about 97-percent certainty, so it would come out that the small skepticism level is continuing to shrink over time. 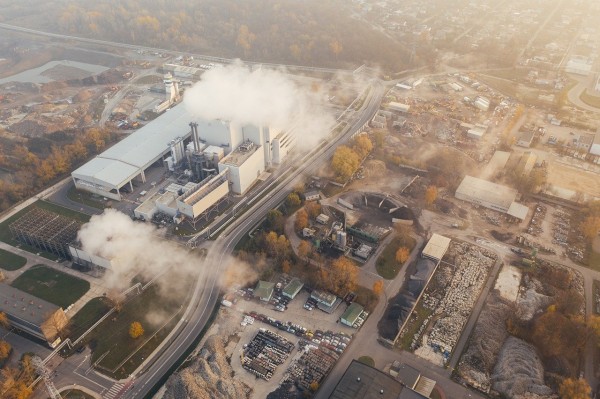 (Phot : marcinjozwiak on Pixabay)
Despite the nearly universal agreement among the scientific community, over one in every three people in the United States do not think that global warming, one of climate change’s main symptoms, is mainly attributable to the activities of humans.

According to climate lead Mark Lynas, of the Alliance for Science at Cornell University in New York, they are virtually sure that the consensus is well beyond 99 percent at present and that it is pretty much "case closed" for any meaningful public conversation on the reality of climate change caused by humans.

Despite the nearly universal agreement among the scientific community, over one in every three people in the United States do not think that global warming, one of climate change's main symptoms, is mainly attributable to the activities of humans.

Aside from the detailed look at 3,000 studies, the researchers also used an algorithm based on keywords to rank the whole database of more than 88,100 papers in anthropogenic climate-change skepticism, leading to 28 labeled as discreetly skeptical.

That's akin to the consensus level on plate tectonics or evolution, the team explained. More so, the sheer number of research that has been assessed leaves a small room for discussion in terms of discussing the science of climate change.

Place of Existence of Consensus

Lynas explained, to understand the place of existence of consensus, there is a need for one to quantify it. That would mean looking at the studies in a coherent, not to mention, non-arbitrary way to prevent "trading cherry-picked papers," which is frequently how these arguments are conducted in public.

Nevertheless, it remains unclear that scientific opinion's weight is, in fact, being noticed by the public. Only about 27 percent of people in the US think experts are commonly agreed on the reason for climate change.

To compare, 55 percent of the people believe, nearly all scientists are agreed on the safety of the MMR vaccine. This research does not try to answer why there is a difference between what scientists are thinking and what the public is thinking about their thinking. Nonetheless, other researchers have offered some ideas like the spread of disinformation, for instance.

There is also no doubt that human activity results in global warming through greenhouse gas emissions. In addition, with the COP26 Global Climate Summit getting underway in the United Kingdom towards the end of this month, world leaders have one more chance to impose the drastic measures needed for the planet's warming to slow down.

According to Benjamin Houlton, an environmental scientist from Cornell University, it is crucial to acknowledge greenhouse gas emissions' role in the rapid mobilization of new solutions since the world is already witnessing in real-time, the devastating effects of climate change associated with disasters on businesses, humans, as well as the economy.

Results of this study are published in the Environmental Research Letters.

Related information about climate change caused by humans is shown on OntarioScienceCentre's YouTube Video below: