An international team of researchers saw warm gas emitting from an active black hole for the first time.

In addition, the researchers saw strange formations that resembled the smoke streams observed on Earth during volcanic eruptions, which had grown to unfathomable sizes over a hundred million years.

Researchers detailed their study, titled "A Snapshot of the Oldest Active Galactic Nuclei Feedback Phases," in the journal Nature Astronomy. 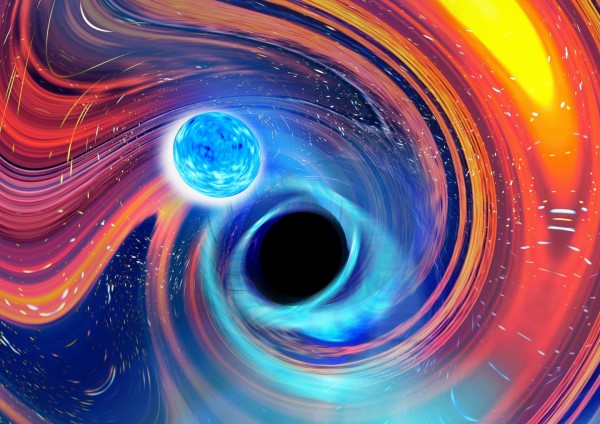 Researchers focused on Nest200047, a collection of around 20 galaxies at a distance of about 200 million light-years. This faraway system's center galaxy houses an active black hole surrounded by different things. These include numerous pairs of gas bubbles of various ages, some inexplicable magnetic field filaments, and, relativistic particles in special relativity that may traverse hundreds of light-years. The Low Frequency Array (LOFAR) made the unique observations possible. The said instrument is the world's most giant low-frequency radio telescope. LOFAR can detect radiation from the earliest electrons that modern equipment can see.

The LOFAR was built by nine European nations working together, and it allowed researchers to see "back in time" to a similar epoch on cosmic scales: 100 million years ago. This made scientists investigate what this massive black hole at the heart of NEST200047 was up to all those years ago. Marisa Brienza, a researcher at the University of Bologna and the study's primary author, pointed out that the black hole's rapid gas bubbles are spreading and altering in real-time.

"Indeed, they create spectacular mushroom-shaped structures, rings and filaments that are similar to those originating from a powerful volcanic eruption on planet Earth," Brienza said per Tech Radar.

Supermassive Black Holes Can Give Something More Than Their Galaxies

Every galaxy has a supermassive black hole spinning at its core. And the activity of this core black hole directly impacts the galaxy's evolution, as well as the intergalactic area around it. For years, scientists have sought to figure out how and how fast the activity of these core black holes causes intergalactic consequences. When these black holes are active, they consume anything that gets too close to the galactic center, releasing a massive amount of energy in the process. This energy can sometimes be found in the form of streams that fly out at almost the speed of light, resulting in radio waves. These streams may also cause particle bubbles to form and massive magnetic fields that can heat and scramble the intergalactic medium in the surrounding area.

Such growing heat bubbles have a significant impact on the intergalactic medium and, as a result, star formation rates. According to new research, active black holes can influence these processes on a scale 100 times bigger than the host galaxy. This massive impact can persist for hundreds of millions of years. Study co-author and University of Bologna Professor Annalisa Bonafede said in a Phys.org report that LOFAR offered the researchers a unique picture of the activities of black holes and their consequences. The team's findings over Nest200047 are critical in demonstrating how magnetic fields and highly ancient particles driven by black holes and so aged play a role in transporting energy to the outer parts of galaxies. By integrating data from worldwide LOFAR stations with the angular resolution of the same radio telescope, we may be able to uncover the nature of the magnetic filaments someday. And, as a result, we will be one step closer to a deeper understanding of some of the universe's most powerful forces.