Cow manure is usually made into fertilizer or sometimes as fuel. But scientists at Northeastern University (NU) have turned them into a water filter that separates salt from seawater to make them into drinking water.

They blasted intense heat on the cow manure to break it down into carbon powder that is then made into a foam that will act as the filter. The team hopes that this new technology can help address the global water crisis. 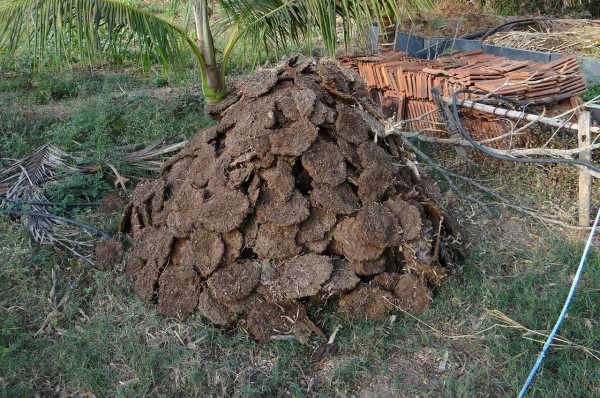 According to a March 2021 Unicef report, titled "Reimagining WASH: Water Security for All," over 1.42 billion people of which 450 million are children are living in areas of high or extremely high water vulnerability.

The report also highlighted the fact that only less than 3% of the world's water resources are fresh water and have grown scarce in recent years. This is brought about by decades of misuse, mismanagement, over-extraction of groundwater, and contamination of freshwater sources that further exacerbated water stress.

Due to the increasing global water scarcity, many scientists are tirelessly working on finding ways to transform seawater into potable freshwater. As Daily Mail reported, the most recent of these solutions is by the scientists from Northeastern University, wherein they created a filtration system that removes salt from seawater using only cow manure.

Using this unusual material for the water desalination process enables scientists to save on the materials being used in current practices of desalination.

"Material is kind of expensive to fabricate, and the material itself is not sustainable," NU professor Yizheng said in a statement. "Furthermore, 'the entire process for water desalination consumes electricity."

Zheng thought of a filtration system that uses a more sustainable power source, such as the Sun. Instead of using solar panels, they built a filter that is activated directly by sunlight.

Their team collected a trove of cow manure from local farms and heat them to 3,029 degrees Fahrenheit )1,665 degrees Celsius) to kill the bacteria. Then, they transformed the material into carbon powder and turned them into a foam to filter out salt from seawater.

Researchers said that the water filtered using the material derived from cow manure was so fresh that sodium concentration is significantly lower than the standards set by the US Environmental Protection Agency (EPA) for potable water.

Zheng emphasized that the materials are all-natural and sustainable that perform well, are easy to obtain, are low-cost, and are easy to manufacture. That means they could use this to help local communities build their water desalination system, which is a significant move toward having equitable access to drinking water.

Zheng said that the use of cow manure and tree leaves make it easier for these communities to generate their drinking water since setting up a nanofabrication facility in a local village is a lot more challenging than simply collecting manure from a local farm.

Check out more news and information on Water Desalination in Science Times.