The solar array of NASA's Lucy mission launched last week to explore the Trojan asteroids is still being investigated. Still, the spacecraft is good and on track, according to NASA.

The launch of Lucy took place on Saturday, October 16, and it went off without a hitch. However, when the spacecraft proceeded to deploy its 24-foot-wide solar arrays hours after liftoff, the spacecraft had a snag. The first array deployed well. However, the second array failed to lock into place.

Since then, professionals have been attempting to determine the actual cause of the problem. The solar panels are so large that they must be folded up for launch to fit into the rocket, then unfurled after the vessel has reached orbit. One of the arrays, however, only partially unfolded for reasons that are yet unknown.

The good news is that the array can still capture solar energy even if it isn't fully unfolded. The array is producing about the expected power, according to NASA. The total output of this and the other completely deployed arrays are enough to keep the spacecraft healthy and working. 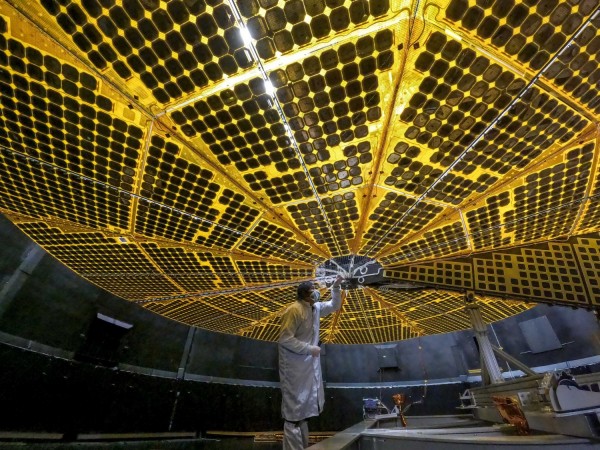 The vessel had been in safe mode (a stripped-down, basic form of its operations) while the engineers were still checking the issue. Still, it successfully shifted to cruise mode on Wednesday, October 20. That means the craft will make more independent modifications as it travels, and it has so far performed as predicted.

NASA wrote in an update that the spacecraft is stable, has a positive power supply, and all other subsystems are operational except for one solar array.

According to the report, the crew will continue testing to determine what went wrong with the solar array deployment before attempting to complete the procedure. SciTechDaily said NASA examines data from the spacecraft, including methods for determining how much electric current is generated by the array at various spacecraft locations and attitudes.

The team will be able to tell how near the array is to the latching position due to this. These procedures are well within the system's capabilities and pose no danger. After this recent review, any preparations for re-deployment will be evaluated.

The spacecraft's thrusters are also being used to make minor modifications to its momentum. But the team decided that a backup trajectory adjustment maneuver isn't required. NASA explained in a Space.com report that the spacecraft is exactly where it needs to be, allowing the crew to delay the first such maneuver until mid-December.

However, as a compromise to the solar array situation, the spacecraft has yet to deploy its instrument pointing platform, which was supposed to happen two days after launch.

The Lucy team is unsure if the event will have "any long-term repercussions to other scheduled activities."