Current insight of tipping points in which the climate system has exceeded a threshold outside which massive and frequently irreversible changes take place is limited, a report on climate change said.

University of Birmingham report, in particular, specified that research recently showed that climate tipping points can now be better understood and forecasted through the use of climate change data taken from the ancient past.

The said limit in the understanding of tipping points is that such an occurrence has not occurred in recent times and surely not since scientists began recording climate data.

Essentially, Earth System models, routinely used to forecast climate, are taken from the insight of the physical, biological, and chemical processes working together to shape the environment of Earth. 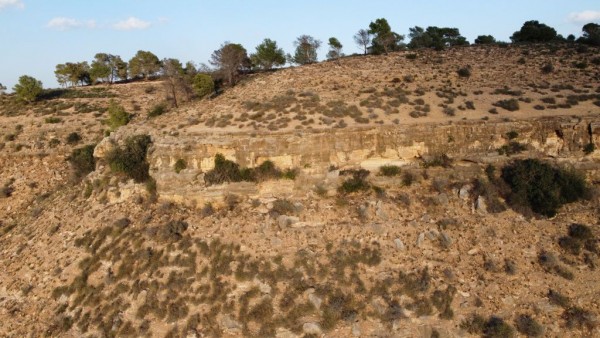 (Photo : MAHMUD TURKIA/AFP via Getty Images)
A nature reserve near the capital of war-scarred Libya that has long been a sanctuary for hyenas, rare birds and plants is now under threat due to climate change and human activity.

Scientists are aware that these models are not providing a complete image though, as they don't succeed in simulating known climate occurrences from the past.

In new research published in the Proceedings of the National Academy of Sciences journal, the University of Birmingham and the University of Bristol researchers demonstrated how an understanding of climate restructurings from thousands of years back can be used for the fine-tuning of the Earth System models to provide a more precise insight of climate system thresholds.

In a similar report News of America said according to Dr. Peter Hopcroft, senior author of the study from the University of Birmingham's School of Geography, Earth and Environmental Sciences, "climate modeling is the only way" they have to forecast future climate change, although when models have been developed, they are only assessed with weather observations from the past century-and-a-half or so.

It means that there's no way to confirm their forecasts of probable abrupt change, the risks of which are only possible to rise as the Earth warms.

Specifically, Paleoclimate records of abrupt climate changes from a deeper past have enabled the researchers to address this problem.

Transformation of Sahara Into a Savannah

In their research, Phys.org specified in a similar report, the team concentrated on one key instance, the "greening," as well as subsequent quick desertification of the Sahara, which occurred in the mid-Holocene era, roughly 6,000 years ago.

By providing data from fossil pollen and deposited records into a usual climate model, the team was able to show how the model could then forecast the transformation of Sahara into a savannah, which was marked by augmented plant coverage, lake expansion, and most essentially increased rainfall.

The study findings were then independently compared with the research of marine sediment records from the region, presenting how the model precisely captured a very quick return to the desert conditions over the Sahara.

Dr. Hopcroft said, now, there is a need to apply such methods to other models to test how universal the findings might be.

He added, by demonstrating how paleoclimate information can be used though, to enhance the way models can simulate past abrupt climate change, they're hoping that they can start increasing their confidence in future predictions of abrupt occurrences.

Related discussion about climate change is shown on Yahoo Finance's YouTube video below: