Many elements are found in the core of the stars. They usually materialize into a type that is lighter than the mass of iron when combined. These elements form the core of the white-hot center of the stellar bodies and eventually become a hot proton that will fuel it for a specific time. Due to the force of the proton, the collective elements are pressed to each other, creating brand new elements that are significantly heavier than the initial group.

Iron is a usual element found in the stars, but alongside the metal, there has been confusion as to what causes other components such as gold, platinum, and other heavy metals to form inside a star, especially if the stars do not have the required energy capacity to forge them. 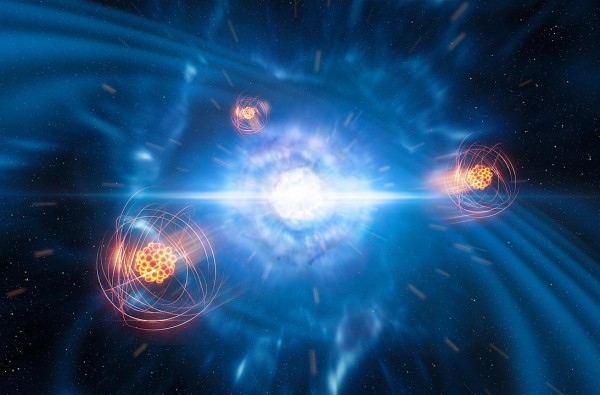 The Massachusetts Institute of Technology MIT recently conducted a study in collaboration with the University of New Hampshire to find out the most suspected factors that give birth to these heavy metals and accumulate a collection that is comparable to a goldmine. According to the study, heavy metals were frequently produced through the merging and collision of binary neutron stars rather than the other known cosmic activities.

This event is made by combining two distinct neutron stars, which excessively smash into each other. Scientists believe that the forging of heavy elements in the structure of the stars has been ongoing for 2.5 billion years rather than the first thought of merging of neutron stars and black holes, creating many goldmines that are freely hovering into the voids of space.

The research was able to compare the two merger types based on the heavy metal output. This was the first comprehensive observation to know the quantity of the elements produced in the neutron stars. The findings suggest that the binary neutron star collisions could provide heavy metals such as gold and platinum. The study also allowed the experts to obtain information and identify which type of heavy metal could probably occur based on the conditions of the stellar body.

ALSO READ: Unsolved Mysteries of Venus: 4 Secrets You Should Know About Earth's Twin

MIT's Kavli Institute for Astrophysics and Space Research expert and author of the study Hsin Yu Chen said in a EurekAlert report that their team found detailed evidence to confirm more bountiful production of goldmines in binary neutron stars compared to the merging of neutron stars and black holes. The study was co-authored by MIT physics expert Salvatore Vitale and UNH expert Francois Foucart.

In 2017, LIGO and Virgo first detected comprehensive evidence of a binary neutron star merger that has the energy and efficiency comparable to supernovas. The instruments are expected to find more in the future to compare and study the differences of goldmine production between the neutron star collisions and the neutron star-black hole mergers. The study was published in The Astrophysical Journal Letters, titled "The Relative Contribution to Heavy Metals Production from Binary Neutron Star Mergers and Neutron Star-Black Hole Mergers."