Sandia National Laboratories recently revealed the new design structure of their next-gen navigation system through a small, compact device. Even though it was made into a tiny machine, the innovation is expected to serve as a breakthrough in the navigational industry.

The new navigational system is comparable to the size of small fruit but contains various types of metals and minerals that build up the overall secure chamber. The architecture of the device is specialized to contain a cloud of atoms that would allow a chemical approach for precise navigational utility. 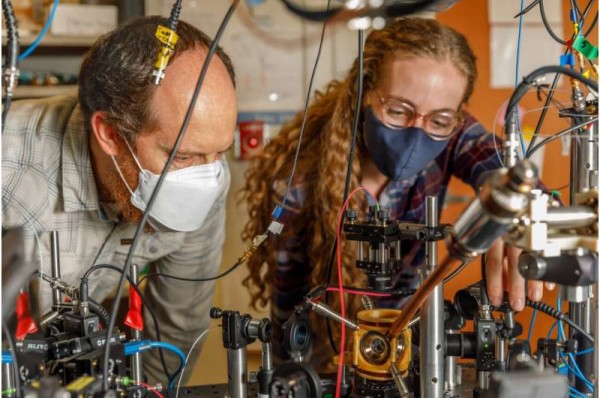 Sandia National Laboratory expert Peter Schwindt said in a Florida News Times report that the small equipment is made to be the most efficient quantum sensor that will be reliable for its function. The device uses the physics behind quantum mechanics that will exceed the current capacity of traditional navigational tools in today's time. Once the innovation is fully developed, the researchers aspire to its distribution for commercial use.

Sandia specialized the device to work as the core technology that would advance the future of navigational systems at hand. Alongside the conventional global positioning system or GPS, Schwindt said that the navigation core uses a novel approach to conduct its systemic operation.

GPS is the most-used navigational technology in the modern-day, as it currently has the most advanced program such as the atomic clock that synchronizes to the satellite networks in real-time. Because of this, every device relies on GPS for implementing the most accurate navigational functions. But the main problem of GPS devices is that it is vulnerable to signal disruption and location spoofing. Schwindt said that this issue could cause severe implications toward projects and activities that mainly rely on navigation, such as commercial and military vehicles.

The new navigational core is developed to give solutions regarding the conundrum. Schwindt said that by equipping the device, vehicles in the future would be able to track their own position without relying on satellites. It will be as accurate as the atomic clocks but with additional functions such as acceleration and rotation measurement through the help of rubidium composition.

Atomic accelerometers, as well as gyroscopes, are equipped to most of the navigational systems in modern vehicles and other devices powered by location mapping. However, these pieces of equipment must meet the necessary architecture of large vehicles, and the bigger they are, the more electrical power is consumed.

Sandia expert and co-author of the study Bethany Little said that the advancements on quantum sensors are growing more than ever, and its applications in the age are accumulated into many applications. Little said that even though these applications are possible to conduct in laboratory experiments, numerous complications still occur in real-world operations. So instead of using an electrical vacuum system, the team used quantum sensing technology to provide the device with a practical size while maintaining the preciseness and reliability of the navigational function. The study was published in the journal AVS Quantum Science, titled "A passively pumped vacuum package sustaining cold atoms for more than 200 days."