Honda Motor has declared that it would enter the small satellite launch sector and plans to fly a test rocket by 2030. They will adapt their automotive capabilities to space as the automobile sector moves to electric cars and the need for satellites develops.

According to Nikkei, Honda claims that recycling rockets will cut the cost of launching tiny satellites in half. With single-use rockets, such launches can cost up to $44.6 million. Honda intends to reuse its rocket plane after returning it to the launch site. The objective is to leverage autonomous technology to make automobiles more affordable to use regularly than its competitors. 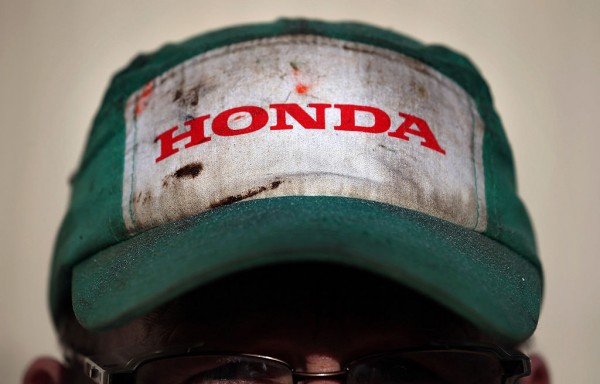 (Photo : Matt Cardy/Getty Images)
SWINDON, ENGLAND - JANUARY 11: Phil Beckett speaks to waiting media as he leaves his shift at the Honda car assembly plant following the announcement that the firm is to axe 800 jobs on January 11, 2013 in Swindon, England. The Japanese car maker, which employs 3500 people and assembles the Civic, Jazz and CR-V models at the Wiltshire plant, blames weak demand in the Eurozone for the cuts.

According to ArsTechnica, the automaker recently announced the construction of their first reusable rocket prototype, which was created utilizing the company's core technology.

Honda wants to enter the space race as a method of "realizing the hopes and possibilities" of people all across the planet.

The rocket's technical specifications haven't been released in great detail. Honda, on the other hand, claimed that after only two years of active R&D, they had achieved significant progress on their design.

Honda's reusable rocket prototype is tied to the company's plans to build its own satellite launch vehicle. It would be capable of launching up to a ton of experiments and gear into low Earth orbit.

According to the same ArsTechnica story, the corporation wants to know whether its rocket is a "go" or "no go" launch candidate by 2025 or 2026.

According to The Observer, Honda's goal to enter the space race would last until the 2030s. Their plan would cost the company some $45 billion and will span a decade of research and development of various space travel technologies.

Apart from the reusable rocket, the business hopes to assist in the development of robotics, rovers, and even flying automobiles.

Their initiative, dubbed "Vision 2030," aims to assist Honda in opening up new opportunities for developing related technologies. According to SpaceNews.com, this would open up new cash sources for the 73-year-old manufacturer soon.

Honda will join a long list of private firms that are diversifying the space exploration competition with the introduction of their reusable rocket concept.

In the past, only government-funded organizations like NASA and the European Space Agency (ESA) were at the forefront of space exploration. Honda, SpaceX, and Blue Origin are among the companies leading the effort, and they're already affecting significant change.

Experts believe that the advent of these private enterprises into the space sector will lower the cost of space exploration.

According to a report by CNBC, the presence of private corporations is driving costs down "across the board." Launch costs are way down, which industry experts say will pave the way for other companies to send things into space at the fraction of the cost it used to have.