Liquid crystals are known to be the core of the technology used in modern-day innovations, including LCDs, that the global population utilizes every day. Among the systems that are equipped with liquid crystals are the screen displays of smartphones, televisions, and other optical devices.

University of Chicago's Pritzker School of Molecular Engineering expert Juan de Pablo along with other molecular engineer colleagues, recently conducted a new study that allows the stabilization of the most-advanced liquid crystals available in today's industry. Called the blue phase liquid crystals, this structure is comprised of both the specialized liquid and crystals that have a better capacity of reflecting visible lights than the standard liquid crystals. According to PhysOrg, the results from the research could be the gateway to a distinct and better development of optical technologies that will surpass the current variants at hand in the current industry. 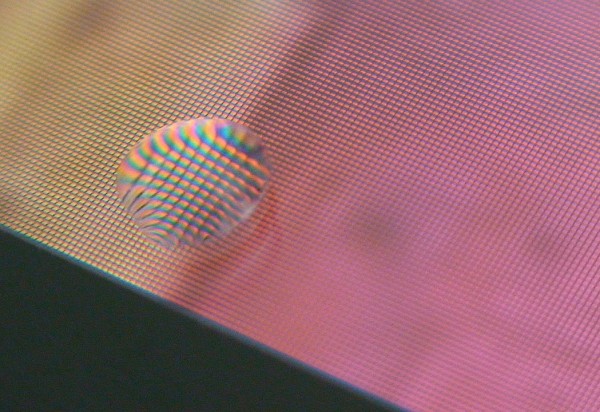 Liquid crystals have been the best choice of basis in advanced display technologies due to their chemical characteristics. One of the things that elevate liquid crystals among the previous optical choices is that they contain a molecular orientation exhibiting a uniform formation. This feature is absent in many digital displays that are equipped to older devices, including televisions and computers.

Chiral liquid crystals have the capability to create a form known as blue phase crystals. According to the study, this form could reflect both blue and green lights in a better way than the usual liquid crystals. In addition, the reflection in blue phase crystals could be manually switched on and off in just a short amount of time. The only issue with these crystals is that they can only exhibit the specialized process and exist in an environment with lower temperatures. The crystals, although surpassing the usual optical function, are deemed unstable. Just a few increases in the temperature will disrupt the blue phase crystals and destroy their composition on a molecular level.

With that said, the experts conducted a series of experiments through simulations that will allow them to obtain the stabilization required for blue phase crystals. The main evaluation was done through an approach called the double emulsion. In this method, the authors combined a water-based solution core to an outer layer that is made of an oily solution of the chiral liquid crystal to form a droplet. The core and shell droplet fusion was then suspended to a separate water-based solution that would not mix with the specimen.

The process allowed the experts to trap the crystals in their blue phase state under the right temperatures and apply it to the polymer network, which did not destroy the properties of the specimen.

The study was published in the journal ACS Nano, titled "Control of Monodomain Polymer-Stabilized Cuboidal Nanocrystals of Chiral Nematics by Confinement."