In December, the James Webb Space Telescope will be launched through the collaborative effort of NASA, ESA, and CSA. The new, gigantic telescope would be lifted to space aboard the Ariane 5 rocket. One of the notable features that stands out in the appearance of the new telescope is the 18 massive golden hexagonal plates attached to it, which were constructed from beryllium mirrors. In addition, the mirror measures 6.5 diameters in circumference. It is significantly larger compared to its predecessor, Hubble that has a 2.4-millimeter mirror. 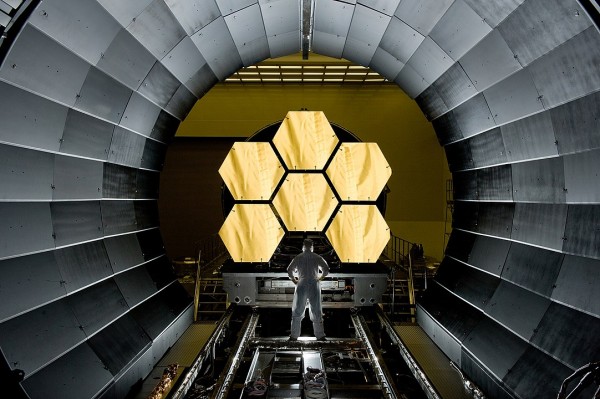 The James Webb Space Telescope would be among the most advanced optical instruments ever launched. And with the complexity of its architecture, many are expecting that it will deliver better observations and clearer examinations of every distant galaxy and cosmic materials it will eventually discover. Before its anticipated launch in December, the telescope would remain on Lagrange Point 2, where it was assembled, developed, and tested for its major functions.

The James Webb Telescope offers to modern-day astronomical studies is usually compared with the world's famous Hubble Space Telescope. Since its launch in the 1990s, Hubble did manage to get ahold of the marvelous images from our neighboring planetary systems as well as the far, untapped regions of space we are yet to explore. But before the peak of the telescope, Hubble encountered many issues along with its service history.

Right after its first launch, Hubble was already reported to have problems as its telescopic mirror had been installed in the opposite direction than it was supposed to be. The upside-down mirror caused major aberration issues to the instrument itself and was needed to be repaired right after its first space flight. Alongside this initial problem, there have been separate anomalies that the telescope encountered. Thankfully, the experts, who were behind the management and studies of Hubble, were good at keeping Hubble safe and secure. The repairs for unwanted damages and technical issues were quickly identified and were resolved right away. Along with the programs that relayed maintenance for Hubble were the Space Shuttle missions.

Although the James Webb Space Telescope was equipped with a more advanced system, the instrument could not be repaired with Hubble's method. The new telescope was impossible to get service like the Space Shuttle missions due to its unique orbit. The 18-piece golden mirror attached to it could also be delicate and might be prone to damages. In a NASA Spaceflight report, Webb experts ensured that their countermeasures, safety protocols, and specialized materials for development would make the space telescope's mirrors exceed the performance and competence of Hubble.

James Webb's Optical Telescope's element manager and NASA expert Lee Feinberg said that their team has already gone through steps that would make Webb's mirrors better than the Hubble. The series of examinations are quite exquisite, and the experts have their confidence over the reliability and effectiveness of the new space telescope.