A research team from the United States recently showed the probability of COVID-19 infection in deer in a new study, including risk.

A News-Medical.net report said the team evaluated the vulnerability of severe SARS-CoV-2 infection in the said animal type.

Results of the study have revealed that sheep, in general, are vulnerable to SARS-Cov-2 or COVID-19 infection. Nonetheless, the vulnerability is comparatively stronger for the virus's alpha variant.

ALSO READ: Russia Creates COVID-19 Vaccine For Pets; How Effective Is It? 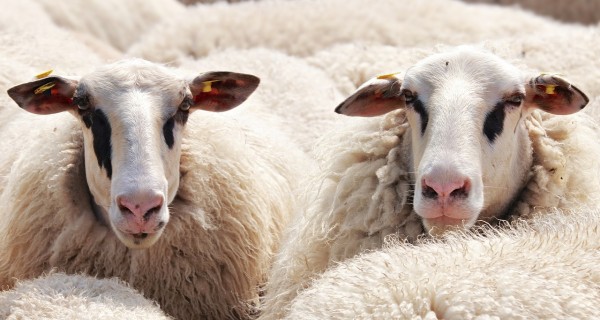 (Photo: S. Hermann & F. Richter on Pixabay)
The study findings showed that both ‘primary and immortalized sheep-derived kidney cells’ were vulnerable to viral infection and that viral titer enhanced the time after infection.

Considered a "zoonotic virus," as detailed in the Centers for Disease Control and Prevention site, this disease is also affecting a wide range of animals that serves as probable reservoirs to expedite viral evolution, as well as the emergence of novel strains.

Based on the existing literature, over 598 natural SARS-CoV-2 infections have been identified in 14 different animal species, including dogs, large cats, cats, mink, white-tailed deer, and gorillas.

Additionally, mice, ferrets, hamsters, and non-human pirates have been found susceptible to natural and experimental infection of COVID-19.

More so, sheep have been selected as investigational prototypes as they are frequently maintained in large groups and interact with human beings during standard framing procedures.

'In Vitro' and 'In Vivo' Research

Both in vitro and in vivo research were carried out. In the first-mentioned procedure, ruminant-derived cell lines were infected with SARS-CoV-2, and then the growth of the virus was examined.

Then, in the latter-mentioned, eight sheep were challenged with a combination of the original COVID-19 variant and the Alpha strain through oral and intranasal routes simultaneously.

One day after the challenge, two uninfected sheep were co-mingled with the infected sheep to examine the animal-to-animal transmission of the virus.

The competition between the Alpha and original strain to infect sheep was investigated in a separate set of experiments. The study could offer valuable information on the role of sheep in COVID-19 ecology.

The cells deriving from cattle, sheep, and the American pronghorn, were examined for susceptibility to SARS-CoV-2.

The study findings showed that both "primary and immortalized sheep-derived kidney cells" were vulnerable to viral infection and that viral titer enhanced the time after infection. On the contrary, no viral duplication was observed in cells that were derived from pronghorn and cattle.

Essentially, the sheep infected with the original COVID-19 strain and its Alpha strain were investigated along with their two contacts, the uninfected sheep, over a 21-day period post-challenge.

Results of the study showed that none of the animals examined developed fever or any other clinical symptom such as diarrhea, lethargy, weight loss, or difficulty breathing during the whole study period.

The infectious virus and the viral RNA's presence were detected through the use of oral, nasal, and rectal specimens collected from infected animals, including their contacts.

In their study, the researchers specified that no viral RNA or infectious virus was identified in specimens collected from two uninfected animals during the 21-say research period.

The respiratory specimens collected from co-infected sheep were examined by next-generation sequencing to identify the existence of each viral strain.

Related information about COVID-19 in animals is shown on The Telegraph's YouTube video below: