NASA pushed back the almost $10 billion James Webb Space Telescope's long-awaited launch from December 18 to no sooner than December 22.

The space agency noted a "sudden, unplanned release of a clamp band" that gave the telescope a shake. The space observatory, which will be the most powerful of its kind ever built, is scheduled to launch from Europe's spaceport in Kourou, French Guiana.

A NASA-led anomaly review board has been formed to look into the occurrence. More testing will be done to see if the observatory has been damaged. NASA will update at the end of the week when all of the testings have been completed. 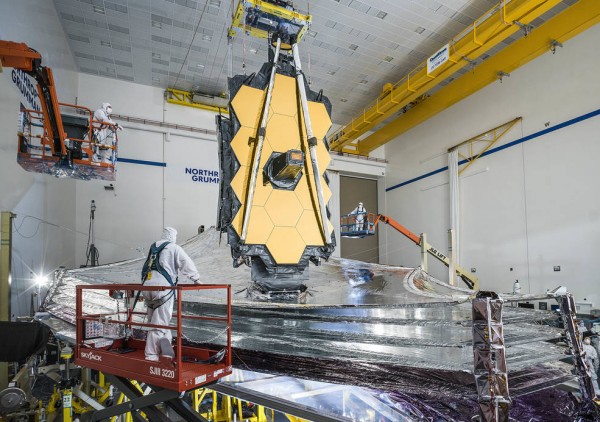 NASA has yet to discover what caused the clamp band to loosen, as well as if any of the observatory's mechanics or subsystems were damaged or shook out of the exact alignment required for smooth operations.

The clamp band came off in a way that the clamp band was not meant to come off, NASA science head Thomas Zurbuchen told reporters (via CBS News). There was an anomaly, he added.

ALSO READ: NASA James Webb Space Telescope is About to Depart a Month From Now to Find the Unexpected

Sensors that might have accurately recorded the vibrations were in situ during Webb's transportation from California to French Guiana via the Panama Canal. Still, they were removed as part of the telescope's pre-launch preparation, according to Zurbuchen.

Engineers are evaluating "a limited number of subsystems" and aim to do functional tests "simply to make sure nothing went wrong," he added.

Delays Not The First Time

It's not the first time the James Webb Space Telescope has been delayed, Digital Trends said. The project's development began in 1996, with a 2007 launch date initially planned. However, some mission dates were missed due to various issues along the road, including the coronavirus pandemic.

The James Webb Space Telescope is a global partnership between NASA, the European Space Agency, and the Canadian Space Agency. The space-based observatory, which is expected to be 100 times more powerful than the Hubble Space Telescope, will conduct a thorough investigation of everything from our own solar system to the farthest distant detectable galaxies in the early cosmos. The mission's goal is to help us better comprehend the universe's beginnings and our role within it.

The telescope has a 6.5-meter-diameter golden mirror with 18 hexagonal segments that allow it to study distant space in amazing detail. It also has a sun-shield the size of a tennis court that, like the mirror, will be folded for launch, with both portions autonomously unfolding after deployment in space.

RELATED ARTICLE: James Webb Space Telescope To Launch With The Largest Telescopic Mirrors Made Of Beryllium