A UK teenager and another British para-athlete bring attention to their ultra-rare disease that prevents them from storing fat. Despite their inability to gain weight, the brave men are not giving up.

Dylan Lombard, 18, was born with Mandibular Hypoplasia with Deafness and Progeroid Features and lipodystrophy (MDP) syndrome, Mirror said. Still, his condition was not fully diagnosed until he was ten years old.

His mother grew concerned when he was 18 months old because he was losing weight. Still, physicians waited a decade to diagnose him due to the rarity of the illness, which affects only a few individuals worldwide.

Meanwhile, Britain's top para-cycling champion also suffered from the same disease after scientists tracked down a genetic mutation a few years ago. 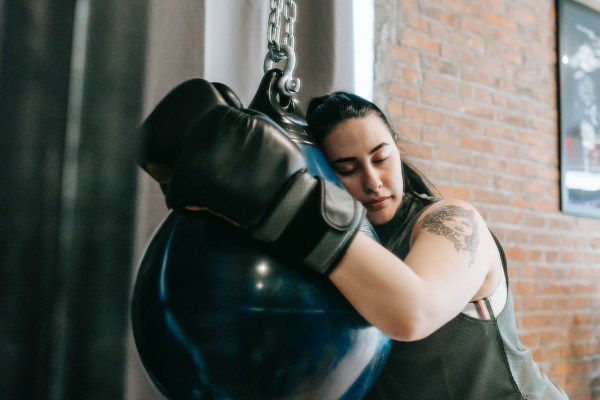 Teenager Suffers Social Stigma for Being Unable to Store Fat

Lombard faced several challenges as several people stared, laughed, and treated him differently. But he learned to ignore it as he got older.

According to Lombard, he is surrounded by people who love and support him for who he is, and it's the nicest feeling in the world for him.

He wants to share the idea that everyone should accept themselves as they are and pursue their passions.

Lombard added he is more than his disability. Hence, he wanted to share his experience with everyone.

He underscored that no one should ever be frightened of who they are, and it is critical to keep doing what brings joy. It's all about perseverance; never give up, he added.

Lombard cannot participate in sports due to his MDP, but he has developed a liking for photography. He draws inspiration from his hometown, capturing the spirit of Glasgow via his lens.

Meanwhile, Tom Staniford, one of Britain's top para-athletes, was diagnosed with MDP syndrome in 2013.

Staniford, 31, was born a healthy weight but lost all the fat around his face and limbs over his infancy and adolescence.

His condition means he lacks natural body padding, has aching feet and is at a higher risk of breaking bones if he falls.

He told MailOnline in 2013 that knowing the syndrome behind his symptoms shouldn't be essential.

However, allowing him to be correctly classed in competitions to not compete at an unfair disadvantage versus others might be essential for him.

Mandibular hypoplasia-deafness-progeroid (MDP) syndrome is a premature aging condition that inhibits fatty tissue from being stored subcutaneously. According to the Genetic and Rare Disease Information Center, it causes an undersized lower jaw, hearing, and a "beaked nose."

Lombard and Staniford are only two of the 13 MDP sufferers on earth, as it affects only one in every 600 million people.

According to The Sun (UK), symptoms of MDP syndrome include:

RELATED ARTICLE: COVID-19: Eating Disorder Increased Among Youth During Pandemic; Who Are These Young People?