Considered one of the most dangerous supervolcanos, the Long Valley Caldera is surrounded by surfacing news of eruptions across California. 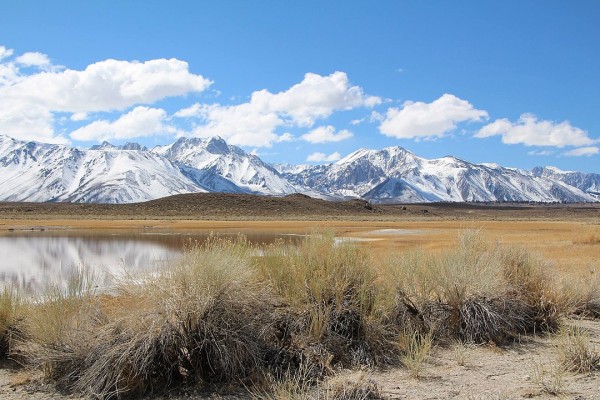 The Long Valley Caldera in East California is a massive depression sitting next door to the Mammoth Mountain. It is known as one of the largest calderas-- an immense, cauldron-like hollowed mass that forms after volcanic eruptions on the planet. It measures an impressive 20 miles long, 11 miles wide, and up to 3,000 feet deep.

Originally, the caldera formed approximately 760,000 years after a devastating eruption in the region released hot ash that cooled and formed what is known as Bishop tuff that characterizes the region, reports ExpressCo.

During the devastating eruption, ash shot 8 miles into the air, leaving deposits to fall, believed to be, as far as the state of Kansas. Despite the chaos caused by the infamous caldera, little is known about it. On the other hand, more attention has been drawn to Yellowstone, another known supervolcano miles to the northeast.

However, according to a 2017 documentary by the Science Channel, the caldera could be on its way to an eruption.

Rob Nelson, one of the scientists of the show, narrates that there are many alarming signs of possible volcanic activity pointing that clues point towards the eruption scattered throughout the caldera.

Even if the forecasted eruption would not be on the same scale as its previous devastating chaos in the years that passed, it still poses a threat to the millions of Americans that live in its vicinity.

An investigation by the Science Channel in parts of the valley observed several instances of smoke billowing from the ground. A geophysicist, Jared Peacock, pointed out a terrifying feature of the caldera that spells trouble for future eruptions using InSAR data monitored in the valley over the past 20 years.

According to the USGS, InSAR is a remote sensing device focusing on a beam of radiation on a target that then bounces back to the device's sensors, creating a carefully detailed map of the region.

A study published in the journal GeoScienceWorld, titled "A comprehensive resource for researchers in the Earth Sciences," details evidence of ground deformation at the Long Valley Caldera. Geologists that led the study saw ongoing uplift in the ground suggesting new magma intruding into the reservoir since about the 1970s.

Authors of the study write that despite diverse investigations over the past 40 years, the presence of large volumes of magma in Long Valley's reservoir remains with no answer. Scientists estimate that the reservoir of the Long Valley Caldera contains considerable quantities of melt estimated to be greater than 1,000 cubic kilometers, where roughly 27% of the melt could be scorching liquid rock.

The United States Geological Survey says that the Long Valley Caldera last erupted roughly 100,000 years in the past, giving scientists more reasons to evaluate the magnitude of the imminent eruption.