Are You Binge Drinking? Take This Online Quiz to Know Your Drink Risk Level and Prepare For the Holiday Season

There is always an excuse to have a drink and as the holiday season gets nearer, there is more reason to party and many will be boozing a little more. However, it can all start to add up and lead to some serious health problems.

An online quiz by Drinkaware called the DrinkCompare Quiz can help people discover their drink risk level and compare it to the rest of the population of the UK to identify risky drinking habits and avoid them. 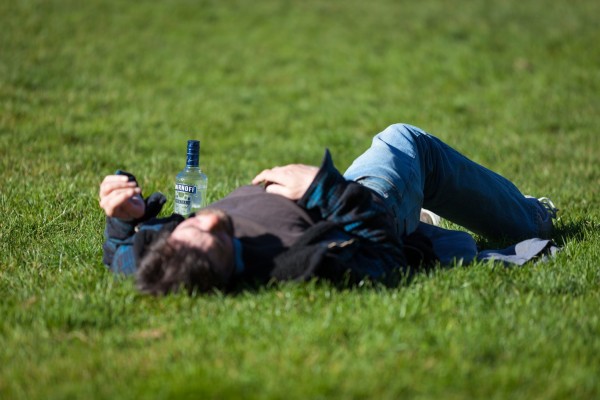 The Sun shared that the Drinkaware website will help people find out if they need to schedule "drink free days" through the answers in the questionnaire. They will be asking the age, sex, and postcode to identify the risk of alcohol effects that may vary based on the biological sex.

Then they will ask the frequency of alcohol drinking, whether it is weekly, twice a month or more, once a month or less, or never. Along with these questions is the amount consumed in each of these days, and how often certain amounts of booze are taken, such as a 330ml bottle of beer, a pint of beer, and a medium glass of wine.

After that, they will process the answers and give the user a breakdown or summary of their drinking habits. Some may get an increased binge drinking warning if they drink too much. That means the health is at risk and increases the chances of developing serious health problems.

Drinkaware will also give a breakdown of how many units the user had in a week and how many extra calories are consumed. Experts at Drinkware will provide a personalized plan that will help cut down on drinking at the end of the test, such as a piece of advice in cutting down on alcohol consumption.

Alcohol Use and Health

Excessive alcohol consumption led to approximately 95,000 deaths and 2.8 million years of potential life lost in the US from 2011 to 2015, according to the Centers for Disease Control and Prevention (CDC). It is responsible for 10% of deaths among working-age adults and caused economic costs of an estimated $249 billion in 2010.

In 2020, lockdowns have even worsened excessive alcohol consumption as more people turn to drink alcoholic drinks. A previous report of Science Times cited a national survey that showed there was a significant increase in alcohol consumption, especially in women.

The CDC suggests that people follow the standard drink of 0.6 ounces of pure alcohol to prevent any alcohol-related diseases, such as cardiovascular diseases.

Meanwhile, long-term effects could include high blood pressure, cancer, weakening of the immune system, learning and memory problems, mental health problems, social problems, and alcohol dependence. Doctors recommend not drinking too much to reduce both short-term and long-term health risks.

Check out more news and information on Alcohol Consumption in Science Times.