Sleep Deprivation: How Good Night's Sleep Affects Your Productivity in Workplace and Your Upcoming Paycheck

Being sleepy at work could impact people's performance in their daily tasks. The lack of rest or distracting sleep is several factors that might lead to productivity decline in a workplace. Simple droopy eyes or dysfunctional brain that have resulted from the unwanted disturbance and insufficient break is proven to negate any outstanding skills that a person has over a familiar responsibility at work. Every hour that an individual spends on their workday only counts their remaining hours before going back to their comforts for rest. With that said, experts defined the potential effects of restful sleep on working people's productivity, and most importantly, paychecks. 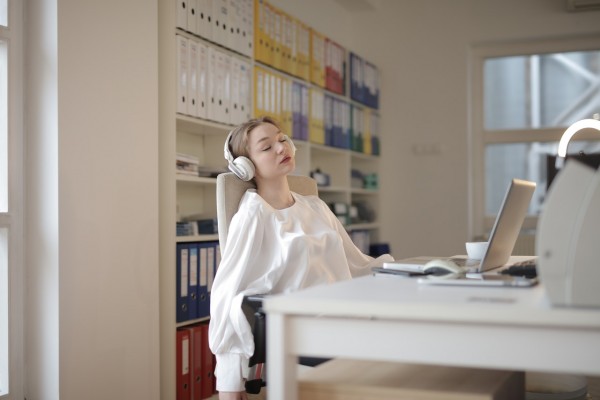 A study published in the journal RAND, titled "Why sleep matters - the economic costs of insufficient sleep," shows a common link between workforce and sleep deprivation that many overlook. The study gathered workforce data from various countries, including the United States, Germany, Japan, and the United Kingdom. Based on the findings of this research, there are over 400 billion dollars and 1.2 million workdays that are lost every year due to the impact and declining performance of sleepy employees, and this sheet was recorded in the United States alone.

A separate investigation regarding the correlation between sleep and work productivity was published in the Journal of Sleep and Sleep Disorders Research, titled "Work Productivity Loss Associated With Sleep Duration, Insomnia Severity, Sleepiness, And Snoring." Based on the examinations from this study, it was found that individuals who are only getting 5 hours of sleep or less are inflicted with 29 percent of productivity loss. A separate data from people who experience severity in sleep deprivation or insomnia shows that the productivity loss hots from 58 to 107 percent. The study concluded that people who get less sleep are most likely to decline their work productivity compared to the productive people who get the 'normal' 8 hours of sleep.

Lack of Sleep May Result to Lack of Salary

Alongside productivity, the lack of sleep could also affect the paychecks of the working population. Some factors lead to this ratio, such as supervisors comparing the work results inactive and sleepy employees. Experts from UC San Diego conducted a study to know how insufficient sleep reflects the salary of a workforce. The results show that a 1-hour increase in the weekly average of sleeping time could add 1.5 percent in wages for a short period and 4.9 percent in a longer span of time. The study on the importance of sleep to paychecks was published in the Department of Economics, UCSD, titled "Time Use and Productivity: The Wage Returns to Sleep."

Sleep deprivation is proven to have negative impacts on people at work. Based on a report by CNET, people who lack resting sleep could experience failures on both reflex and response times. In addition, a hormone that induces stress heightens whenever the lack of sleep is experienced. The hormone is known as cortisol, which mainly increases blood rate and pressure, leading to unbalanced thinking, disruption of thought processes, fatigue, anxiety, weight gain, and even reproductive problems.

Check out more news and information on Sleep in Science Times.