The September volcanic eruptions on Las Palma in the Canary buried beehives, and rescuers were recently reported to have rescued about five of these apiaries, including their so-called "buzzing residents."

As specified in a Good News Network report, it is quite unbelievable that bees and their hives can survive any volcanic eruption for everything that has been heard recently.

In this report, rescuers were able to uncover only five beehives, including their resident bees, after being excavated 50 days from being buried.

Astonishingly, the bees were able to survive by making "propolis," a sticky material which these insects used to seal up the holes in their beehive, shielding them from the clogging ash, a similar National Post report specified. 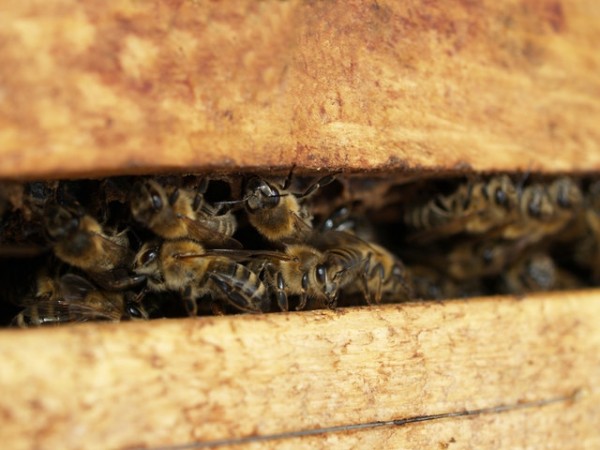 (Photo: Johann Piber on Pexels)
The volcanic eruptions on Las Palma in the Canary buried beehives, and rescuers were recently reported to have rescued about five of these apiaries, including their so-called "buzzing residents.

How the Bees Survived

Safely inside, the bees could keep themselves sustained by eating their "winter honey stores," which the beekeepers had conveniently for them, not collected.

In spring, each beehive could shelter roughly 30,000 to 40,000 individual bees, giving them a huge service for pollination on the islands.

Calgary Herald reported that some of the rescuers had a sting or two, although, of course, they did not hold it against the insects.

One of the six hives buried could not make it, which researchers suspected, was determined by the closeness of the hive to the volcano; the nearer the beehive, the less harmful the ash fell.

Impacts of Volcanic Eruptions on Bees

According to a study carried out by the University of Hawai'i, soils of volcanic origin have great "potential for agricultural production," and the successful production of these sites need services or pollination.

Despite this, very small research has been developed examining the indirect impacts of volcanic eruptions, particularly on honeybees. Rather, almost all studies are focused on the direct impacts of ash.

In lab research, volcanic ash is interfering with the waxy components of the exoskeleton of the honeybees, resulting in dehydration.

Suppose one thinks about the exoskeleton similar to a suit of plate armor. In that case, the plates can get ash particles caught between, which is lacerating their sensitive membranes, not to mention impeding the ability of the workers to fly.

Typically, honeybees do not appear to avoid ash-contaminated food resources, and ingestion of ash particles is assumed to impair their digestive systems and eventually reduce survival.

Until now, no study has been published examining the impacts of volcanic gases directly on honeybees or the impacts on honeybee products like wax, pollen, or honey when it comes to human consumption.

Essentially, propolis is commonly known as an "antibiotic," which, as earlier mentioned, the bees are using to regularly disinfect the beehive, specifically following a visit by a monkey, bear, or any other animal with fur that can contain parasites.

As for humans, they have consumed this antibiotic for millennia, and it is still marketed and sold today as a natural remedy for colds, as well as an immune support supplement.

Related report about the recent bee discovery is shown on H-H News's YouTube video below:

Check out more news and information on Honeybees in Science Times.