The United Kingdom government recently announced it had suspended flights from six southern African countries in the midst of fears over the new COVID-19 variant described as a "super mutant" strain.

Health Secretary Sajid Javid said the new variant is the "worst we've seen so far." In connection to the occurrence of the new COVID-19 variant, flights specifically from South Africa, Namibia, Lesotho, Eswatini, Zimbabwe, and Botswana will be suspended starting midday of Friday, and all six nations will be included in the red list, Mail Online reported.

The health secretary called the new variant, which was initially identified in South Africa, B.1.1.529. It maybe more infectious compared to the Delta strain. He also said the vaccines that people currently have "may be less effective."

He said the scientists are deeply worried about this variant. He also added that he is concerned that is one of the reasons the government has taken immediate action.

ALSO READ: Shocking Maps Reveal Spread of Delta Variant in Only a Week 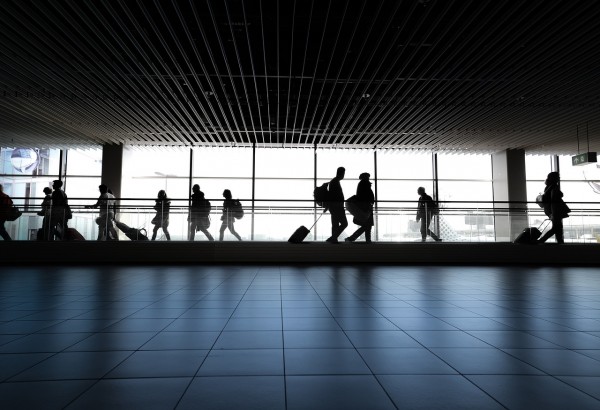 (Photo: Rudy and Peter Skitterians on Pixabay)
The United Kingdom government recently announced it has suspended flights from six southern African countries in the midst of fears over the new COVID-19 variant described as a ‘super mutant’ strain.

That would then suggest that it may well be more contagious, and the present vaccines may well be less effective.

Asked what the condition would mean for the UK for the coming weeks, with the Christmas season approaching, Javid said, the government has got plans in place. There are contingency plans too, which they call "Plan B," a similar report from The World News said.

The recent announcement though is about a new strain from South Africa. It has been specifically detected in Botswana and South Africa, and this is about being watchful and taking action.

The 'Worst' Strain Ever

Scientists in the UK sounded the alarm Thursday evening over the so-called "worst strain" ever, which they say, has the potential to escape immunity build-up by vaccination or previous infection.

While no cases of the new variant have been detected in Britain, officials expressed concern over a quick rise in cases in South Africa. The UK Health Security Agency experts have been advising ministers on the issue.

According to a similar Yahoo! News report, the strain has not yet been provided with the title, "variant of concern," in the UK, although one senior expert from UKHSA said, it is the "worst variant seen so far."

A senior scientist added that one of their major worries is the virus spike protein, which is radically different from the virus spike that was in the original Wuhan variant. Thus, there is a great concern about the effectiveness of the vaccine on the new strain.

Detection of the New Variant

The new COVID-19 variant has been detected in South Africa, Botswana, and Hong Kong. According to South African scientists, it has quite an extraordinary constellation of mutations, upwards of 30, twice that of the delta variant, which is alarming as they could help it escape the immune response of the body and make it more infectious.

Imperial College London virologist Dr. Tom Peacock said the strain could be of real concern due to its "horrific spike profile."

South African authorities have cautioned it had already spread through Johannesburg and could have made it to all places of the country.

One hundred cases of the new variant have been confirmed in South Africa, although it has been found in Botswana, where it was originally detected, as well as in Hong Kong.

Report about the new COVID-19 variant is shown on ABC News's YouTube video below: