Social Media Use Linked to Depression in Middle-Aged Adults as It Makes Them Feel Older, Harvard Study Claims

There have been many studies on how spending too much time on social media is harmful to children and teens. But a new study from Harvard University warns that even adults aged 35 and up are substantially prone to depression if they spend too much time using social media sites usually used by youngsters.

Their study surveyed more than 5,400 middle-aged Americans and found that those who frequently use Facebook, TikTok, and Snapchat are more likely to report having symptoms of depression. 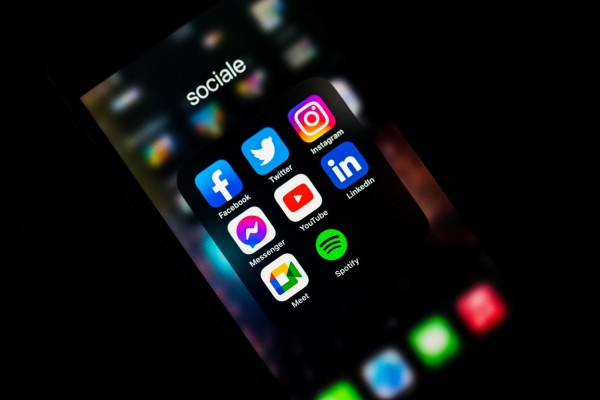 (Photo: Unsplash)
Social Media Use Linked to Depression in Middle-Aged Adults as It Makes Them Feel Older, Harvard Study Claims

Snapchat, TikTok, and Facebook Most Likely Associated With Depression

Daily Mail reported that Harvard researchers conducted the surveys in two separate periods, wherein they first asked the respondents to fill in the mental health questionnaire in May 2020 and asked them again a year later.

Researchers said that one year after the first time respondents answered the questionnaire showed that 482 (9%) of them showed clinically significant deterioration in their mental health in which scored higher for possible signs of depression.

In their study, titled "Association Between Social Media Use and Self-reported Symptoms of Depression in US Adults" published in the medical journal JAMA Network Open, researchers concluded that using Snapchat, Facebook, and TikTok were more likely to report feeling depressed compared to those who did not use a photo-sharing social media platform.

The lead author of the study, Professor Roy Perlis, told NBC News that older TikTok users are more than 1.5 times more likely to feel low compared to their peers, and those who use Snapchat scored higher on symptoms of depression a year later when they filled out the survey.

On the other hand, it is opposite to those who use Facebook whose users were people younger than 35 years old report more than 2.5 times more likely to feel depressed.

ALSO READ: Social Media's Impact on Mental Health, and When to Have a Break

Why Certain Age Groups Are More Prone to Depression Based on the Platform They Use?

Researchers noted that Snapchat and TikTok mainly have users who are below 35 years old compared to Facebook who has more older users. More so, they said that the study is limited because it did not measure how often people were using social media and what kind of content they are consuming.

Does Social Media Cause Depression?

Researchers said that it is also unclear whether social media causes depression because it also might be that people who use them are at risk for depression or that social media contributes to that increased risk.

But some experts said that the findings of the current study are consistent with other studies investigating the relationship between depression and social media use, Medical Xpress reported.

Amanda Giordano, an associate professor of counseling and human development services at the University of Georgia, said that people tend to compare their imperfect life to the enhanced, edited, and seemingly perfect images of other people's lives, which contribute to symptoms of depression or other psychological disorders.

More so, the theory that social media interactions do not adequately replace the depth of offline interactions may also contribute to that risk. Giordano explained people may still feel lonely even with social media connections because these fail to meet the basic need of belongingness and attachment felt with actual interactions.

Check out more news and information on Social Media and Mental Health in Science Times.