Albatrosses are notoriously monogamous. They mate and stay with their partner throughout their lifetime. However, according to a recent study, climate change and warming waters force male Albatross to scavenge for food farther away, resulting in divorces. 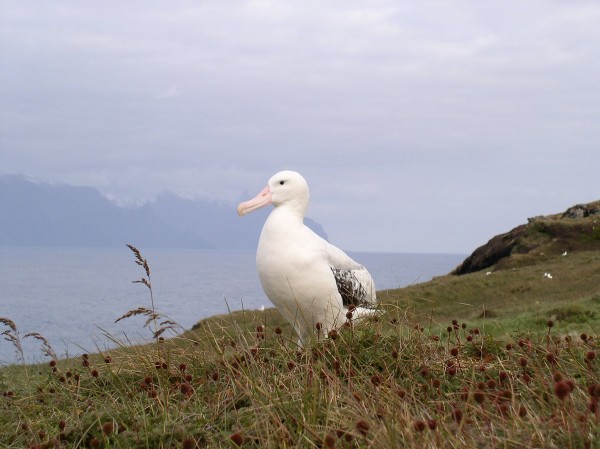 According to National Geographic, Diomedeidae or albatrosses are predatory birds that can live up to 50 years. Growing up to 11 feet in wingspan and weighing at roughly 22 pounds, they have the longest wingspans out of any bird species.

These notoriously spectacular birds use their immense wingspan to ride ocean winds and glide for hours without rest or flapping. They float majestically on the sea's surface, although it makes them vulnerable to many aquatic predators. Like other sea birds, Albatrosses can drink saltwater.

Despite their immense size, Albatrosses are rarely seen on land and only gather to breed and mate, forming huge colonies on remote islands. Mating pairs produce a singular egg and take turns caring for the young. Meanwhile, young albatrosses fly within three to 10 months from hatching, depending on the species. However, they are left behind for 5-10 years until the young reach sexual maturity.

ALSO READ: Soot: What Is It? And How Does It Contribute to Climate Change

In a study published in the journal Proceedings of the Royal Society B, titled "Environmental variability directly affects the prevalence of divorce in monogamous albatrosses,'' University of Lisbon researchers spent 15 years analyzing black-browned albatrosses in Falkland Island, suggesting that divorce rates in the notoriously monogamous Albatrosses have increased due to climate change. Warming waters have forced males of the species to travel further for food.

Under normal conditions, 3.7% of Albatrosses divorce from their chosen mate due to failed attempts at breeding. However, recent figures show a high rise of 8% when water temperatures are warm, where pairs split even after breeding successfully.

The team proposes two possible explanations for the relationship between warmer sea temperatures and the increased albatross divorce rates.

First, males are forced to hunt further and longer and no longer return to the breeding ground during warmer years; hence females move on.

Alternatively, researchers propose that tougher conditions and scarcity in food may increase stress level hormones in the birds causing successful pairings to be viewed negatively.

In the wake of the bizarre occurrences, female albatrosses elect to mate with a different partner in the succeeding years in hopes that the change makes breeding easier.

For many monogamous species, divorce is often used to correct sub-optimal mating and is informed by measures from the previous breeding performances. Environment gravely affects productivity and likewise survival of populations, hence, indirectly affecting divorce via changes in the seen demographic rates, reports DailyMail.

The researchers focused on five discrete sub-colonies of albatrosses, recording annual encounters between nesting and breeding birds and the non -breeding birds in the area. Individual birds were identified by the team using tagging rings placed on the feet of the birds.

RELATED ARTICLE: Arctic Ocean Has Been Getting Warmer Decades Than The Records Suggest, Study Says