Arctic Ocean Has Been Getting Warmer Decades Than The Records Suggest, Study Says

Contrary to earlier records, a team of international researchers concludes in a recent study that the Arctic Ocean has been getting warmer due to warm water flowing into its delicate ecosystem since the beginning of the 20th Century, decades ahead of previous conventions.

Researchers reconstructed the Arctic Ocean's recent history of warming at the gateway known as the Fram Strait situated between Svalbard and Greenland.

The Relationship of the Arctic Ocean and Global Warming 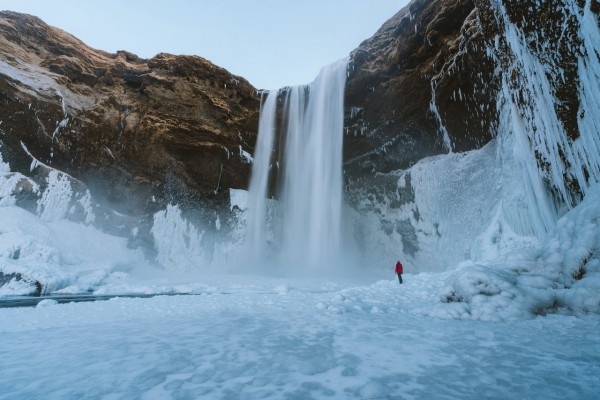 For the people and animals that reside in the complex environment in the Arctic, climate change is a reality that they must surpass every day. In the past 30 years, according to Greenpeace, Arctic sea ice has melted larger than Denmark, Sweden, and Norway combined.

Global warming is causing a rapid increase in Arctic ice to melt. Not only does it regulate the temperature of the world, but it also reflects sunlight and absorbs heat. When it melts, the oceans around it absorb more sunlight than it's supposed to and heat up, making the world even warmer, which endangers not just marine life but all inhabitants of the globe.

When the ice melts, it raises the sea levels. In the past century, the average global sea level has risen to roughly 4-8 inches.

Arctic Ocean Warming Since the Beginning of the 20th Century

Using chemical signatures in marine microorganisms, researchers found evidence suggesting that the Arctic Ocean has begun rapidly warming since the beginning of the last century due to warmer and saltier water flowing from the Atlantic, in a phenomenon known as Atlantification. Researchers also noted that this change may have preceded the warming documentations by modern instrumental measurements. In the 1900s, the ocean's temperature rose by roughly 2 degrees Celsius, while sea ice retreated and the salinity of the waters increased, reports PhysOrg.

The results of the investigation published in the journal Science Advances, titled "Rapid Atlantification along the Fram Strait at the beginning of the 20th century," provide the first historical accounts of Atlantification of the Arctic Ocean, revealing a connection between the North Atlantic that is much more prominent than what scientists previously thought. The connection stated in the study is capable of shaping the Arctic's climate variability and could have significant implications for sea-ice retreat and the rise of global sea levels as more polar ice sheets melt.

Dr. Francesco Muschitiello, co-leader of the study from the Department of Geography of Cambridge University, explains that the rate of warming of the Arctic is, on average, more than double compared to the global average due to feedback mechanisms. Data derived from satellite measurements show that the Ar4ctic Ocean has been warming steadily, especially over the past two decades.

Researchers cited that the phenomenon of Atlantification is one of the driving forces of the Arctic's warming. On the other hand, instrumental records can observe the process like satellites only has over 40 years of records.

RELATED ARTICLE: Soot: What Is It? And How Does It Contribute to Climate Change