For the first, physicists detected ghost particles during the FASER experiment in the Large Hadron Collider picking up signals of neutrino production during particle collision that could help scientists understand the mysteries of the particle.

What is the FASER Experiment? 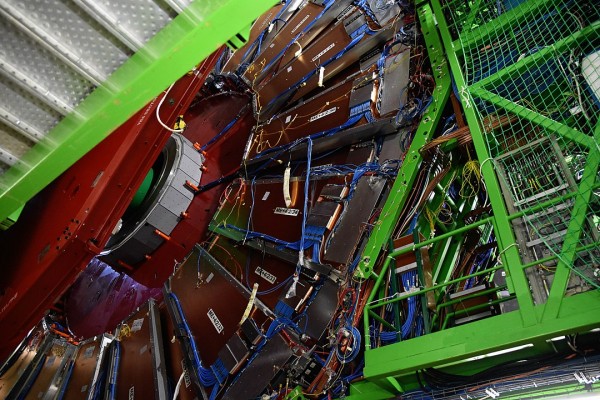 FASER or ForwArd Search ExpeRiment, according to CERN, is specifically designed to search for new and undiscovered light and weakly interacting particles, including the study of interactions of high-energy neutrinos.

The theory is that new light particles have been produced in large quantities in proton-proton collisions at CERN's Large Hadron Collider but have remained undetected. This is because once produced, these ghost particles go along the axis of the proton beam collision where no experiment can detect in a low-background environment.

Neutrinos are one of the least understood particles in the standard model of particle physics; the FASER experiment hopes to study its interactions, especially with high energies and can have major implications for many research fields.

ALSO READ: Quantum Physics: How Quantum Crystals from NIST Could Be Used as Dark Matter Sensor

Neutrinos are particles that are electrically neutral, unbelievably light, and rarely interact with matter particles, in part, which is why they have been so difficult to detect despite being common. In fact, there are more than billions of neutrinos constantly streaming through the body. Because of this strange phenomenon, neutrinos have also been described numerous times as ghost particles, reports NewsAtlas.

Produced in quasars, supernovae, and stars, neutrinos have long been thought to be produced during particle acceleration, such as what occurs in CERN's Large hadron Collider. However, without the proper instruments, they whizz past undetected. And now, during a pilot run of the FASER experiment installed in 2018, scientists have detected six neutrino interactions.

In a study published in the journal Physical Review D, titled "First neutrino interaction candidates at the LHC," physicists describe that no neutrinos have even been detected at a particle collider before the project. Jonathan Feng, the co-author of the study, explains that recent findings are a significant breakthrough and a step forward in developing a deeper understanding of the properties of the elusive ghost particles and their vital role in the universe.

According to the team, located roughly 1,575 feet down the line from the site of particle collision, the FASER instrument works similar to film photography. The detector consists of plates of tungsten and lead, separated by layers of emulsion. Some neutrinos will stroke the atomic nuclei in the dense metals and create other particles that stream through the earlier stated emulsion. The tracks left can be seen when the layers of emulsion are developed, much like film.

Sure enough, researchers were able to spot six marks in the data. Feng says that having verified the effectiveness of the instrument and emulsion detector for observing interaction with neutrinos, the FASER team will now begin preparing for a series of experiments with full instruments much more sensitive and larger.

With the power of the new detector, the team expects to be able to record more than 10,000 neutrino interactions by the next leg of the experiments at the LHC beginning in 2022.

RELATED ARTICLE: Novel Electronic Component Made of Germanium Bonded With Aluminum Could Be the Key to Quantum Technology