47-Year-Old British Man Gets the 3D-Printed Eye He’s Needed for More Than Two Decades, First in the World

An MSN News report said Steve Verze, an engineer from Hackney, east London, had his left eye yesterday and initially tried it for size earlier this month.

In a press release, Moorfields Eye Hospital said the prosthetic in the first digital prosthetic eye developed for a patient.

The eye is more realistic than other substitutes and is developed to have a "clearer definition," not to mention real depth to the pupil.

Other prosthetic eyes comprise an iris, hand-painted onto a disc, then implanted into the eye socket. Nonetheless, their design stops the light from passing into the full depth of the eye, the hospital also stated in the release. In addition to appearing more realistic, this procedure is regarded as disturbing.

ALSO READ: Scientists Explored the Use of 'Organoids' For a More Accurate Cancer Therapies to Treat Tumors 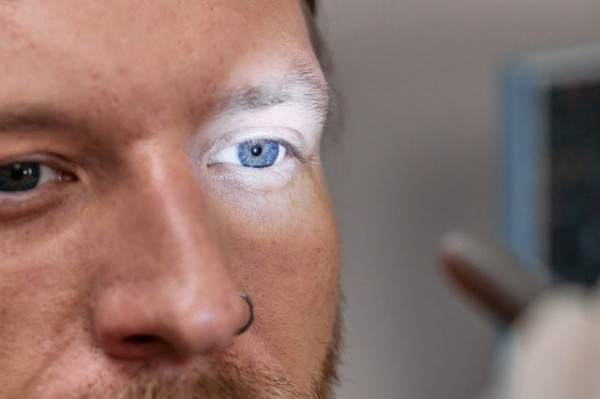 (Photo: cottonbro on Pexels)
A London hospital announced a 47-year-old British man had become the first-ever patient worldwide to be implanted a 3D printed eye.

Fitting traditional prosthetics necessitates a mold to be "to be taken of the eye socket," while in 3D prosthetic eye development, the socket gets scanned electronically to develop the detailed image.

This functional eye of Verze was also scanned to guarantee that both eyes look the same. The 3D image was then sent to Germany for printing before it gets shipped back to the air, where it was completed and refined by an ocularist from Moorfields Eye Hospital.

In the said press release, Verze said he has needed a prosthetic since he was 20 years old, and he always felt "self-conscious about it."

He added, when he leaves his home, he frequently takes a second glance in the mirror, and he has not liked what he has seen.

Describing his new eye, Verze said it looks fantastic. Being based on 3D digital printing technology, it is getting better and better.

According to Moorfields Eye Hospital, 3D printing, described in general in the PCMAG site, had the potential to "cut in half" the time needed to develop a prosthetic eye, specifically from six weeks, to roughly two or three weeks.

According to a related Mirror report, until now, prosthetic eyes are molded in acrylic, not to mention painted by hand to match the eye color of a patient.

Such a process is known to be "time-consuming" and costly, while producing the eyes via a 3D printer could allow experts to up to 150 eyes to be made in just an hour.

All components are powder-printed in full color using a Z-Corp 510 machine before the resulting shape of the form gets encased in resin.

In a CNN report, a spokesperson at the hospital said a clinical trial that involves more patients would start soon.

Clinical lead for the project at Moorfields Eye Hospital Mandeep Sagoo, who's also a professor of ophthalmology and ocular oncology at the University of College London, said in a statement, he was excited about this new development method's potential.

He added that the potential of a completely digital prosthetic eye "could be a game-changer" for people who struggle with vision.

Speaking before the fitting of the eye, the professor explained, he is hoping the forthcoming clinical trial will offer robust evidence about the value of this new technology, revealing what a difference it is making for patients.

Information about the first 3D-Printed eye implanted given the British man is shown on Buzz Info's YouTube video below: