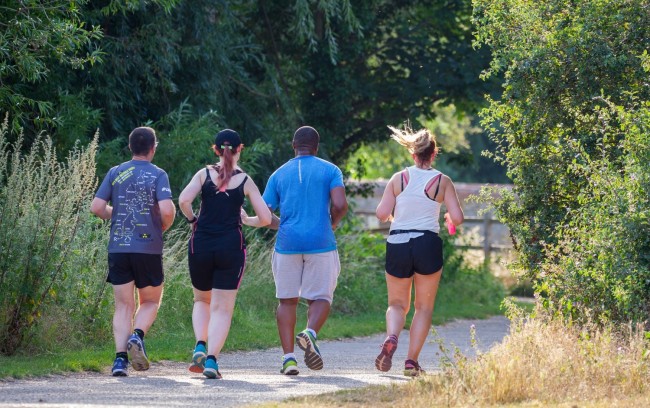 Asthma is a common, untreatable respiratory disease that varies in severity from case to case. To some, it's a minor nuisance, but for others, asthma could also lead to death, albeit rarely. As asthma cannot be cured, physicians focus on alleviating the patient's asthma-related symptoms.

We already know that obese people are more likely to suffer from asthma. However, it's unclear until now what's behind the correlation.

A new study published in the European Respiratory Journal has finally found the reason why obesity worsens asthma-related symptoms. The research team studied the structure of the airways within our lungs. They did post-mortem examinations on 52 people. 15 of the samples had no asthma, 21 with asthma, and 16 whose deaths were directly caused by asthma.

The researchers used dyes to visualize the structures of 1373 airways under the microscope. Based on the visualizations, they were able to point out the presence of fatty tissues in the airways. They also took note of the person's BMI and compared it to their data.

They found that obese and overweight people had fatty tissue built upon the airway walls. They also found a positive correlation between the amount of fatty tissue present and the person's BMI. The study's results confirm the role of weight on respiratory-related illnesses, particularly in asthma.

This finding could help physicians find a new way to manage asthma patients. However, it's unclear whether obese people could get rid of the fatty tissues accumulated in the lungs through weight loss.

The significance of this study cannot be overstated. The President of the European Respiratory Society, Thierry Troosters, had this to say: "This is an important finding on the relationship between body weight and respiratory disease because it shows how being overweight or obese might be making symptoms worse for people with asthma. This goes beyond the simple observation that patients with obesity need to breathe more with activity and exercise hence adding to their ventilatory burden. The observation points at true airway changes that are associated with obesity."

However, the study admittedly only had a small sample for their experiment, says Dr. Elizabeth Sapey, chair of the science committee of the British Thoracic Society. "We need to assess this in larger groups of patients and other lung diseases," says Sapey.

The study was authored by Mr. John Elliot, a senior research officer at the Sir Charles Gairdner Hospital in Perth, Australia. His co-author was Dr. Peter Noble of the University of Western Australia in Perth. Their research team's next step is now to see whether patients could still reverse the fatty tissue buildup in their lungs with proper diet and exercise. For now, physicians will have to help their patients maintain their weight to avoid worsening their symptoms of asthma.