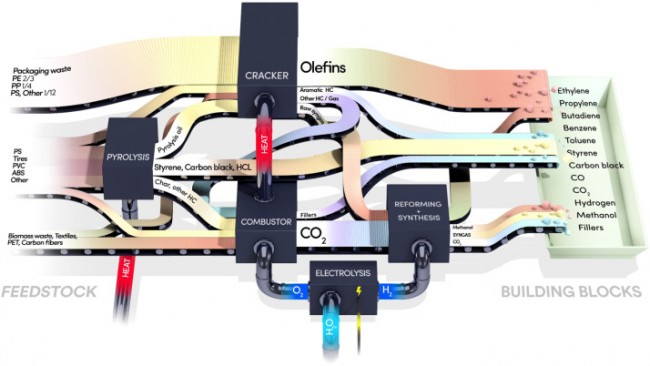 Whether we admit it or not, plastics, while an obvious major problem, now have also become part of daily human consumption. And although there are ways to recycle and reuse them, there is still an observable amount accumulated in our environment. This is because current recycling techniques tend to follow a "waste hierarchy" where reprocessing plastic waste would produce reusable plastic but have lower quality due to degradation during reprocessing.

In a recent publication in Sustainable Materials and Technologies, a team from Chalmers University of Technology, Sweden reports that they have developed a new technique that would produce virgin quality plastics from plastic waste. Accumulation of plastic waste in the environment proves that plastic materials are resilient, a quality that the researchers see as an asset. Because it does not degrade fast, it has potential for circular usage. This is instead of the material following a hierarchical process.

The process involves the breaking of any plastic waste down to a molecular level. Product gases will then be transformed to plastics that have the same quality as virgin plastics. The underlying process is called steam cracking. Lead researcher and professor of Energy Technology, Henrik Thunman, explained that they had to first identify the correct temperature, which is around 1,560 degrees Fahrenheit. Aside from that, they also had to determine the correct heat transfer rate and residence time. As soon as they have identified these, they were already able to execute the proposed technique. The process was able to convert 200 kilograms—that's around 440 pounds—per hour of plastic waste into a gas mixture, which was then used to produce plastic with outstanding quality.

An Improvement to Current Practice

Present processes of plastics manufacturing involve shattering of fossil oil and gas fractions in an equipment called a cracker, where raw materials react on a molecular level to produce various kinds of plastics. The researchers claim that this new process can be applied for all kinds of plastics, including those that have been stored in landfills or those that have accumulated in the sea. Aside from that, it also allows existing factories to use the infrastructure they currently have so there is no necessity to build a new plant.

What's Next for the Circular Solution?

The next challenge to overcome in their research is to validate its feasibility. In Sweden alone, there were 1.6 million tons of plastic waste produced in 2017 and only eight percent of this huge amount was recycled. This only means that a circular process for recycling plastic waste such as the one in this research is much needed, not only in Sweden, but globally as well.