The 'Cry It Out' Method Can Kill A Baby's Brain Cells 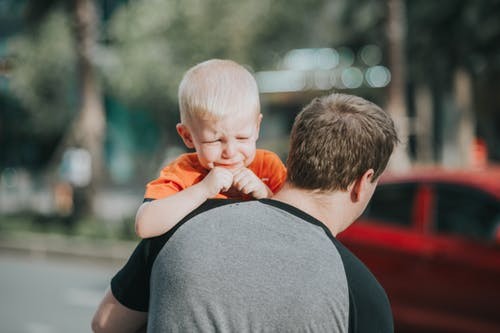 Letting your baby "cry it out" is a method that had started in the 1880s. During that time, the field of medicine did not have any accurate facts to base their recommendations upon, and they were more concerned about germs and transmitting infection, so they made sure that babies were rarely be touched.

In the 20th century, John Watson, a behaviorist, was interested in making psychology a hard science, and he took the role of the president of the American Psychological Association. In 1928, he applied the mechanistic paradigm of behaviorism to childrearing and warned the public about the dangers of too much affections of mothers to their child. He stated that too much kindness to a baby would result in a whiney, dependent, and failed human being.

At that time, mothers were meant to hold the baby quietly in tranquility-inducing positions and that the mother should stop immediately if her arms feel tired. A baby that is older than six months is taught to sit silently in the crib, or he might need to be watched and entertained constantly by the mother who considered, at that time, a waste of time.

With neuroscience and the advancement of medicine, it has been confirmed that by doing the "cry it out" method, the babies get distressed, and it can harm their relational capacities in the long term. When infants are stressed, their bodies release cortisol, which is a toxic hormone that kills brain cells. Considering that a baby's brain is only 25% developed when they are born, killing off baby brain cells has dangerous repercussions.

John Watson's behaviorist view sees the baby as a distraction in the life of the parents, an intrusion who must be controlled so that the adults can live their lives. During the 1920s, a lot of families were broke up, and new parents had to figure out a way on how to deal with babies on their own.

According to a behaviorist view, the "cry it out" method teaches a child how to be independent. However, forcing independence on an infant could lead to greater dependence. Instead, it is best to give babies what they need as it could lead to independence later. According to an anthropological report of small-band hunter-gatherers, parents who took care of every need of babies and young children got to help their toddlers feel more confident enough to walk into the bush on their own.

Behaviorists then and now encourage parents to condition their children to expect that their needs will not be met on demand, whether feeding or comforting. It is assumed that adults should be in charge. This might foster a child that does not ask for as much help and attention, but it is more likely to foster a whiney, aggressive, unhappy, and/or demanding child, one who has learned that one must scream to get their needs met.

Why you should avoid the "cry it out" method?

The brain of a baby is developing. When the baby is distressed, it creates conditions for damage to synapses, which is the network construction that is ongoing in the infant's brain. Also, disordered stress reactivity may be established not only in the brain with the stress response system but also in the body through the vagus nerve, which is a nerve that affects functioning in multiple systems.

How to protect your baby's health?

The "cry it out" method is now discouraged by experts as it could cause longer-term damage to a child's psychological health. Contrary to belief, babies grow from being held.

It is normal for babies to cry, as that is their way to indicate a need. Just as adults drink when they are thirsty, children search for what they need at the moment. Giving babies the attention and affection that they need at an early age can help them be confident and independent in the future.