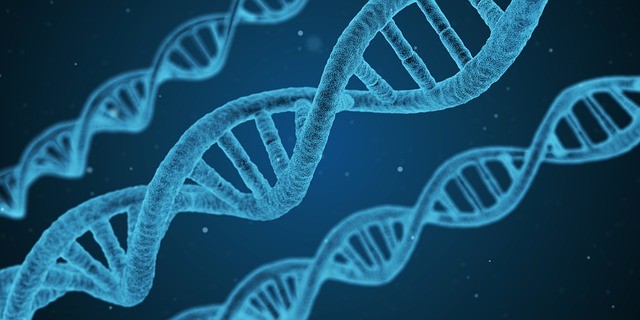 Faulty genes result in a rare disease. With more than 400 million people worldwide who suffer from a rare disease and the delay in the diagnosis, an estimated 30% of children afflicted with a rare disease cannot reach five years.

One company that deals with these platforms include the Israel-based Emedgene, where the said company uses a platform that scans the DNA data file of a patient, and that also uses natural language processing (NLP) to be abreast with medical literature. Forbes reports that "Emedgene's platform can find documented connections between a patient's genetic variants and their condition, helping speed up the diagnosis. And as co-founder and CEO Einat Metzer explains, this would have been a laborious and time-consuming process in the past."

"Every person's DNA contains millions of genetic variants that are harmless, and geneticists in labs have to identify the single causative variant for the diseases out of all of those variants," she says. "When labs don't use an algorithmic approach, this typically involves filtering through hundreds of genetic variants manually. Additionally, they have to search through current literature to make sure they aren't missing any newly discovered connection or other evidence."

The machine learning algorithms allow Emedgene to identify the causative variant, review evidence from databases. There is no need for geneticists to perform an analysis from scratch.

Pathorolo, a machine algorithm launched last November by Emedgene, shows the possibility of the resolution of a genetic case.

New information or new bioinformatics tools are being used to reanalyze past open cases. However, backlog and manual work make it difficult without machine learning. One of the advantages is the Pathorolo algorithm that allows a periodic analysis of these past cases, according to Metzer.

Companies that Use AI in Rare Genetic Disease Diagnosis

Other companies utilize AI in diagnosing rare genetic diseases. These include Nostos Genomics based in Germany that also utilize machine learning to identify the causes of a patient's genetic variants. Another company is FDNA, a Boston-based company that developed Face2Gene, a smartphone app that can diagnose people with rare genetic disorders. They use DeepGestalt.

"DeepGestalt uses novel facial analysis to study photographs of faces and help doctors narrow down the possibilities. While some genetic disorders are easy to diagnose based on facial features, with over 7,000 distinct rare diseases affecting some 350 million people globally, according to the World Health Organization, it can also take years - and dozens of doctor's appointments - to identify a syndrome," according to NoCamels. Cornelia de Lange syndrome and Angelman syndrome were the target disorders used by DeepGestalt. These syndromes affect mobility and intellectual development.