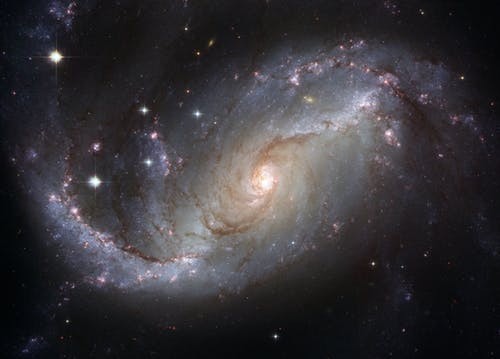 The astronomers have discovered a mysterious new class of objects at the heart of the Milky Way, and they are unlike anything else that was found previously in the galaxy. According to senior researcher Andrea Ghez, the objects look like gas but they behave like stars, as they start small and are compact but they are stretched to a larger size when they approach the supermassive black hole in the center of the galaxy.

The researchers believe that these objects could help teach us about the evolution of star and what happens to celestial bodies in environments of extreme gravity.

What are these strange objects?

The puzzle began in 2005 when astronomers identified an object near the center of our galaxy called the G1, which is orbiting around the supermassive black hole in a strange manner. In the following years, five more objects numbered G2 to G6 were discovered, These objects were thought to be cloud of gas at first. But one odd thing that the researchers noticed was that when the object G2 came very close to the event horizon of the black hole, it was not torn apart in the way that they would have expected. Instead, it was stretched out before it rebounded back toward its original state.

Andrea Ghez, a professor of Astrophysics and director of the UCLA Galactic Center Group, stated that at the time of the closest approach, G2 had a really strange signature. Experts had seen it before, but it did not look peculiar until it got close to the black hole and it became elongated. Much of the gas of G2 was torn apart. It went from being a pretty innocuous object when it was far from the black hole to one that was stretched out and distorted at its closest approach and lost its outer shell, and now it is getting more compact again.

Now, a new analysis of data on the six G objects makes astronomers think that they were formed when binary stars collided. Binary stars are twin star systems, the two stars are locked in a mutual orbit. However, there are times wherein these stars can smash together and they merge, producing a massive cloud of dust and gas surrounding the now singular merged star. These mergers are thought to be rare, but as the gravitational forces in this particular region of space are extreme, it could be causing these mergers to happen more regularly than elsewhere in the galaxy.

The dramatic region at the heart of the Milky Way

Right in the center of the galaxy is a behemoth of a black hole called Sagittarius A. Even though it is almost 2.6 million times the mass of the Sun, the Sagittarius A is only around 120 Astronomical Units across. That means that a massive amount of mass is squeezed into a very small space, and the black hole exerts a very strong gravitational pull.

This kind of black hole is called a supermassive black hole, and astronomers believe that almost all galaxies have such black holes at their centers. We are all just beginning to learn about the secret lives of these black holes, with amazing findings like the fact that planets may be able to form around them as well as the recent discovery of the G objects.