NASA Explores Future Moon and Mars Homes Made of Fungi 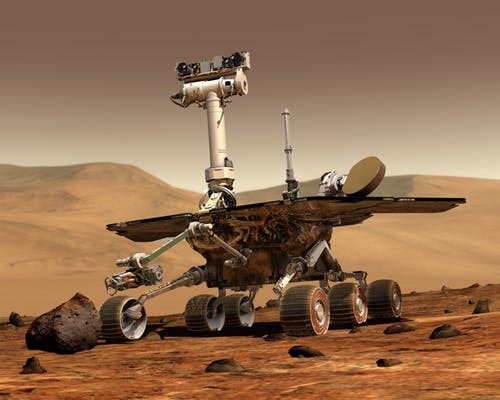 We usually imagine our future on Mars and other planets as run by machines with flying cars and metallic cities. But the reality could be different and greener. Instead of houses made of glass and metal, NASA is exploring technologies that could grow structures out of fungi, to become our homes in the stars.

Homes made of fungi

The myco-architecture project out from the Ames Research Center of NASA is prototyping technologies that could make it possible to grow habitats on Mars, the Moon beyond out of life, specifically fungi and the unseen underground threads that make up the main part of the fungus also known as mycelia.

According to NASA, the project looks at the future where human explorers can bring a compact habitat that is made out of lightweight material with dormant fungi that will last on long journeys to places like Mars. Upon arrival, by unfolding the basic structure and by adding water, the fungi will grow into a fully functional habitat for humans. The fungi will be safely contained within the habitat to avoid contaminating the environment on Mars or the Moon.

Mycelia are a part of fungi that you have not seen in fungi. They are small threads that make complex structures with extreme precision. Under the right conditions, they can be made to branch out into new structures like building blocks for habitat on Mars. The habitat created with this synthetic and advanced biology will be more than just walls. The home will have its own ecosystem, consisting of cyanobacteria, which is a bacteria that uses solar energy to convert water and carbon dioxide into fungus food and oxygen. These pieces come together in a great and elegant habitat concept with a three-layered dome.

Apart from building homes, mycelia could be used for biomining systems and water filtration that can extract minerals from wastewater on Earth. This project is running in the lab at the moment and it can lead to more ways of living on Earth too.

NASA announced that they wish to send humans to Mars by 2030, and SpaceX wants to get there sooner, with plans to have people there by 2024.

Mars got the imagination of humans and captured the interest of humans for years. These plans are just the next step in the whole process of getting the Mars Mission from the floor to a funded mission with an exact launch date. NASA is not the only one with its eyes on Mars. There are others that are already comping up with their own plans for the plant. Scientists, experts, and enthusiasts have speculated on all aspects, from nuking Mars into habitability to making a magnetic shield around Mars in order to encourage it to grow its own atmosphere.

Hopefully, Mars is the first step into the universe. Once humankind has dipped their toes out into the solar system, it will be easier to expand out into the asteroid belt and beyond. The low gravity on Mars provides the perfect platform for constructing and launching other deep-space vehicles. After experts get that foothold, the only thing that is holding the humans back is the technology. As it is technology is the weakness of the mission now. There might be a way to get to Mars before humans can have the means of safe exploration.