Impacts of Technology During Mealtime 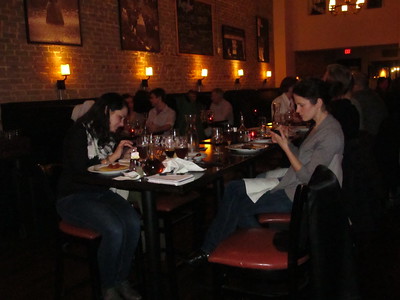 How much time do you spend on your gadget? If your answer is a lot, be sure to spare your hands and eyes from your mobile phone, tablet or laptop for at least an hour during mealtime. A study found that when a person is distracted by technology during breakfast, lunch or dinner, it may decrease his food intake.

In this particular research, 119 young adults participated, consuming a meal as they played an easy 15-minute computer game. As a result, they ate considerably less compared to, eating the same meal sans all the distractions. This was according to Carli A. Liguori, lead author of the study.

Food consumption of the participants was examined on two different occasions-a day when they played the computer game while eating, and another day without the game or any distractions.

The game which the participants played was called "Rapid Information Processing," test the visual sustained working memory and attention of the users, and has been extensively used by researchers in their evaluation of people for health issues specifically Alzheimer's disease, as well as attention-deficit disorder.

Pros and Cons of Using Technology During Mealtimes

For quite some time now, it has been debated or argued if the kids should use their gadgets while eating or be banned from doing so.

For those who favor this practice, a lot of parents find it simpler to give their kids their tablet or phone to play as their way of keeping them busy and quiet while waiting for their food to be served, be it at home or the restaurant.

For parents who are so busy, and mealtimes are their only time to relax, giving their kids tech gadgets at mealtime might give them a break even just temporarily.

Nevertheless, in the long run, kids may be missing out on being instilled important social skills that may occur when interacting with others rather than their phone screens or computer monitors. This is specifically essential for younger kids or those who find it difficult to make friends.

Indeed, meals are the best times to practice a person's listening skills and paying attention to others' speaking. There's one thing that a parent may not have realized yet-when they let their "kid zone out with a gadget," then, they're sending their child the message that it is fine to be cut off from any conversation around him.

As a result of Liguori's study, she found that people would eat less when they got distracted by the computer game. The ability of the participants to recall the amount of food they were served and ate was less precise when they were distracted, compared to when they were eating quietly minus the game.